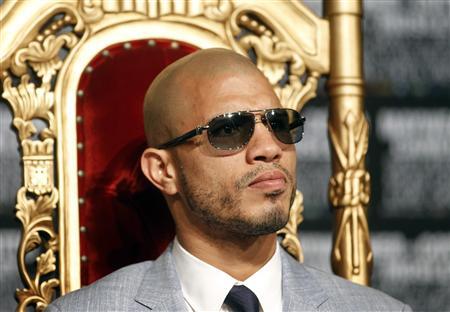 Puerto Rican boxing favorite Miguel Cotto recently suffered a major loss in his career during his highly anticipated match against Mexican Saul “Canelo” Alvarez via a unanimous decision, sparking speculations that he may be nearing the end of his career.

Famed trainer Freddie Roach reportedly stated that what could have been one of the biggest factors in the defeat is Cotto’s weight of only 159 pounds against Alvarez’s 175 pounds, “[Canelo] was the bigger, stronger guy and we did have trouble backing him up. He did come forward a lot.”

However their camp still believed that the 35-year old boxer has outscored his opponent at some point during the face-off. “We thought it was much closer than the scorecards showed. It was a very competitive fight. Miguel’s defense was unbelievable. I actually thought we outscored him… HBO spoke to me between rounds and I never thought we were in danger of losing the fight. I thought we outscored him in the fight, but the judges thought different,” Roach added.

With the given result, Roach also shared that they are looking at the option of going back to a lighter division for his next fights, but it remains to be seen if this comes into fruition.

There are also some reports claiming that another factor that may contribute to his alleged early retirement is his age as his body may not be able to handle the fatigue from the sports and the requirements to always stay on top physically. He reportedly began his professional career in 2001 and is now holding a record of 40-5, with 33 wins by knockout.

Despite rumors, Golden Boy Promotions head honcho Oscar De La Hoya still thinks that he still have some fights left in him. “I strongly believe Miguel Cotto has a lot to give to the sport. He proved it tonight against a young guy who is 25-years-old. I mean, Canelo fought a terrific fight against a terrific fighter. Cotto should not walk around with his head down. He should be proud of his performance,” De La Hoya stated.

Although he has not issued an official statement regarding the rumor yet, it is speculated that if Cotto will have another fight in 2016, it may be against Gennady Golovkin, Timothy Bradley, Andy Lee, or even a rematch against Alvarez.