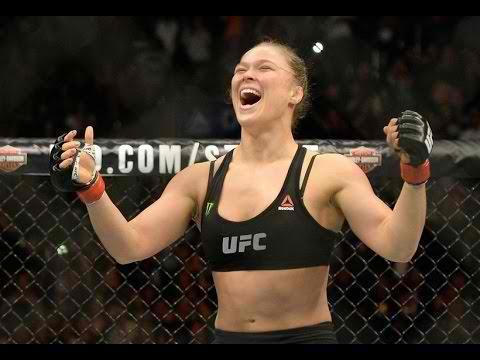 Newly crowned UFC bantamweight champion Miesha Tate does not think former 135-pound queen Ronda Rousey will be able to get herself back up into the pedestal she was formerly on.

The said loss was too haunting for “Rowdy” that she admitted to have suicidal thoughts right after her fight. As of this posting, Rousey’s return date to the UFC has not been determined, but it has been pre-stipulated by UFC president Dana White that she will be facing the winner of the Holm-Tate fight that happened last weekend at UFC 196 in Las Vegas.

Tate and Rousey have not been in good terms since they coached against each other at the Ultimate Fighter reality show in 2013. Now that Tate has the title that Rousey once held, she offered some words for her long-time rival, whom she believes is no longer the same fighter.

“I think Ronda is beating herself up over this,” Tate said, speaking of how Rousey has been handling her loss to Holm. “I mean, she previously said that she’s so emotional to the point where she’s considering crazy things. It’s like, this is a broken woman. I don’t know if she’ll ever come back the same.”

Tate has prided herself as being a woman who can overcome any adversity. Her fight against Sarah McMann at UFC 183 in January 2015 is one of them, where she broke her orbital bone but managed to end up winning by unanimous decision.

Given this fact, “Cupcake” put into question Rousey’s mindset as a fighter.

“I don’t know where Ronda is with her mindset, but I have to wonder. Is she ever going to come back the same?”