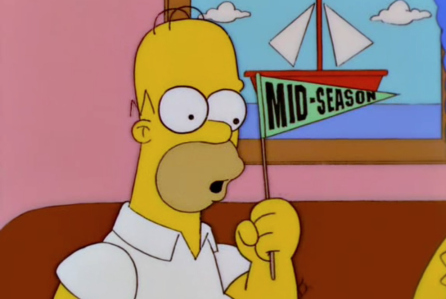 The first half of TV season has come and gone. Beloved characters may have died, some may have been put into great danger, and some shows left a painful period of waiting on their fans by leaving majors cliffhanger in their midseason finales. Meanwhile, there are those that will begin their season or series following the midseason break.

As reported by Deadline, the following are the return dates of some shows on TV right now:

The year 2016 will start with the return of Sherlock Holmes in a new special feature, “Sherlock: The Abominable Bride.” This new special brings Benedict Cumberbatch and Martin Freeman’s Sherlock Holmes and John Watson, respectively, to Victorian London.

As for superhero shows, Jan. 4 will see the return of Kara Danvers in “Supergirl” on CBS. The delayed “Marvel’s Agent Carter” will have premiere its second season on ABC on Jan. 19 with a two-hour episode. “The Flash” will resume its second season on the same day on The CW, but “Arrow” will return the next day, Jan. 20. The following day, “DC’s Legends of Tomorrow” will finally premiereon the same network.

A month later, AMC will continue the sixth season of “The Walking Dead” on Feb. 14. Likewise, FOX will resume the second season of “Gotham” on Feb. 29. “Marvel’s Agents of S.H.I.E.L.D.” will return for the latter half of its third season on ABC on March 8.

As for other shows, “The Shannara Chronicles,” a new series based on the series of book by Terry Brooks, will premiere on MTV on Jan. 5. “iZombie” returns on The CW for the continuation of its second season on Jan. 12. “The Vampire Diaries” continues its seventh season on Jan. 29 on The CW. “Once Upon a Time” resumes its fifth season on ABC on March 6. And finally, the much awaited sixth season of “Game of Thrones” will premiere on HBO sometime in April.