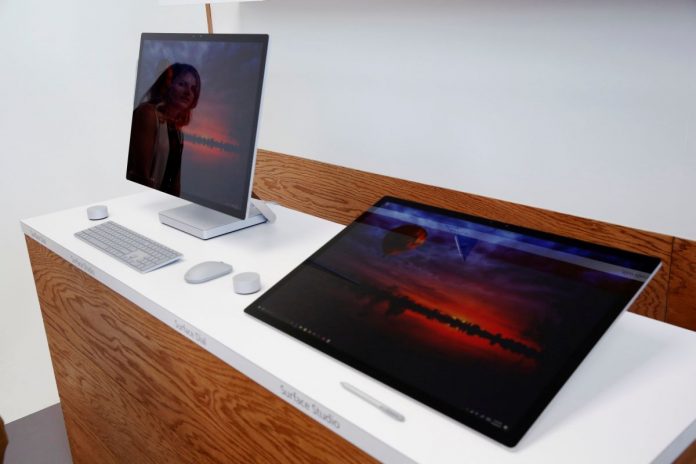 As expected, Microsoft’s fall event did not showcase any of the long-rumored Surface devices like the Surface Book 2, Surface Pro 5 and Surface Phone. But the gathering was not exactly devoid of the Surface line. In fact, the event was used to debut the Microsoft Surface Studio, the first all-in-one desktop computer from the company.

The tech giant did a lot of showing off in New York last Oct. 26, with a slew of groundbreaking technologies from 3D scanning to digital drawing tools. Arguably, one of the highlights of the occasion was Microsoft diving into the world of personal computers via the Surface brand, as reported by The Verge.

“We totally believe that Surface changes the way you produce, the way you create, the way you learn,” Panos Panay, corporate vice president for Surface Computing at Microsoft, said in his introduction for the device. “The product I’m going to show you is all of that but it’s one step further. It’s going to seem familiar, but it’s going to feel different.”

Panay then unveiled the Surface Studio, which is touted to have the world’s thinnest monitor at 12.5 mm. It also doubles as a touchscreen display which outputs an impressive 13.5 million pixels. Its resolution is 63 percent more than 4K television sets. The Surface Studio’s hinge allows the display to be adjusted to a 20-degree orientation making it easily adjustable to suit different tasks. The base houses the connectivity ports including audio, SD card, Mini DisplayPort, Ethernet, and four USB 3.0 docks. A built-in microphone also makes it easier to activate virtual personal assistant Cortana.

In terms of random access memory (RAM), users can choose from 8 GB, 16 GB or 32 GB variants. This is coupled with either 1 TB or 2 TB of hybrid drive storage. A sixth-generation Intel Core i5 or Core i7 processor will be running the whole system.

“Every now and then in pursuing our mission, we see the opportunity to create a new category of device,” added Terry Myerson, executive vice president for Microsoft’s Windows and Devices Group. “We seize these moments to create something so much more than a product.”

The Microsoft Surface PC will only be available in limited quantities with a base price of $2,999 but can go up to $4,199, depending on the hardware chosen for the device.

Consumers are now able to pre-order the Surface Studio and the desktop will officially arrive on store shelves this holiday season.