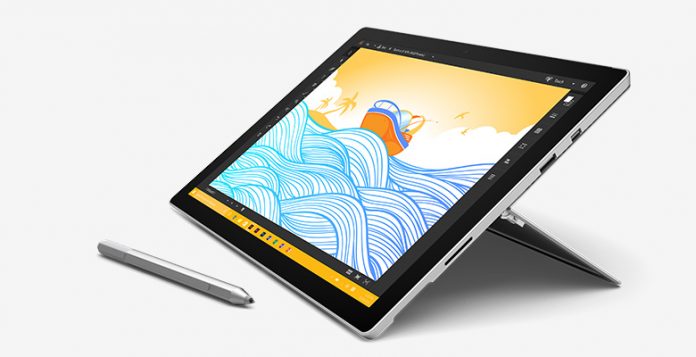 Microsoft has sent out invitations to a media event later this month which will take place in New York City. It has been speculated that the tech firm is about to unveil a number of devices at the Oct. 26 event, which includes the Microsoft Surface Pro 5.

The invitation reads, “Imagine what you’ll do. Please join us to see what’s next for Windows 10.”

Though it hasn’t been confirmed if Microsoft will be announcing the next-generation Surface Pro, it is believed that the device will make its debut this year as a photo which made the rounds online hints that Microsoft is gearing up to launch one Surface device this year and three more devices in 2017.

Microsoft released the Surface Pro 4 in October 2015, and this made tech watchers believe that a refresh is in the cards this month. The Surface Pro 5 is expected to come with Intel Kaby Lake processors as well as a new Surface Pen. The current Surface Pen attaches magnetically to the tablet and is powered by an alkaline AAAA battery. The new Pen is rumored to have a rechargeable battery that charges wirelessly when attached to the tablet.

It was rumored that the Surface Pro 5 could come in two variants one with a 4K screen, and another with a 2K display for those who are in the market for a new device but are on a budget. The cheaper model is also expected to have 16GB of random access memory (RAM).

The hybrid device is expected to have a USB-C port instead of the USB 3.0 port as found in its predecessor. The Surface Pro 5 could likely have some camera upgrades, as well as several new storage options. The current device comes in 128, 256, and 512 GB models as well as a 1 TB version, and it’s possible that the new generation gadget can come in a 2 TB variant.

Stay tuned for more news about the Microsoft Surface Pro 5.