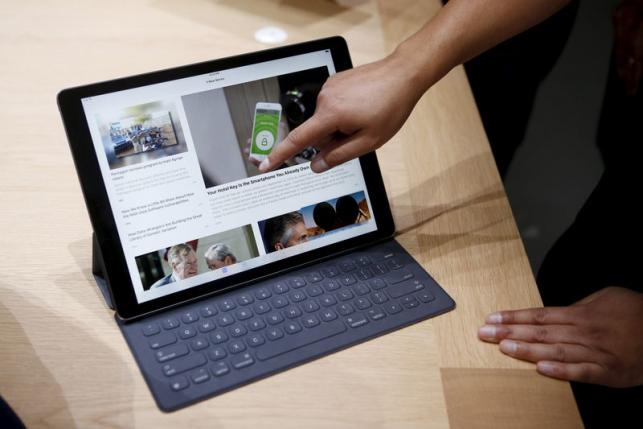 Apple’s iPad Pro and Microsoft’s Surface Pro 4 are only two among the many choices available for buyers who are in the market for a new tablet. Although both are considered to be among the best tablets there are, buyers will need to decide which specifications, features, and price range suit their needs best.

Apple’s tablet is powered by an A9X dual-core processor clocking in at 2.26 GHz with 4 GB RAM. On the other hand, the Surface Pro 4 uses a sixth-generation Intel m3, i5, or i7 with 4 GB, 8 GB, or 16 GB, depending on the variant. Both chips provide powerful performance.

The main differentiating factor between these two devices is really their operating systems. The iPad Pro is running iOS 9 which is a mobile OS, while the Surface Pro 4 runs Windows 10 Pro which is a full desktop OS. The former is very capable when running mobile apps. However, the latter is capable of operating as a laptop. The OS will impact the kind of tasks a user will be able to do with these devices.

Another difference between the two is their pen accessories. While the Surface Pro 4 ships with the Surface Pen, the iPad Pro’s Apple Pencil is optional.

The iPad Pro comes in two storage options only: 32 GB and 128 GB. Meanwhile, the Surface Pro 4 comes with four storage options that start where the iPad Pro ends: 128 GB, 256 GB, 512 GB, and 1 TB. However, the latter needs much memory to run full-pledged desktop programs, while the former only runs mobile apps.

The iPad Pro and the Microsoft Surface Pro 4 both have big displays and offer the user power as well as a wide range of accessories. They’re both good choices for those looking to buy a tablet. However, one features a fully desktop operating system environment while the other leans towards the mobile side of things. The choice then will boil down to which platform or environment a buyer prefers and how they plan on using their tablet. The iPad Pro costs around $1,000, while the Surface Pro 4’s price starts at that point to up to more than $2,000.

Fifa 16 release date is September 26 but there will be...