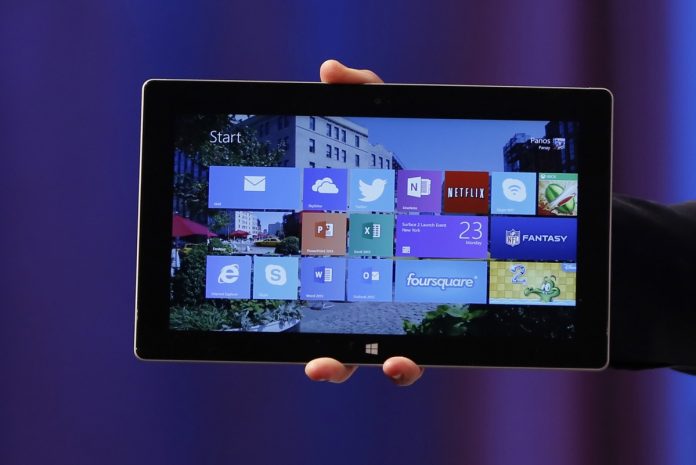 The Microsoft Surface Pro 3 was first announced back in May 20, 2014. It beat aspects of the MacBook Air by being lighter, thinner, and by featuring a higher resolution. Now, Microsoft has given out invites for an event on October 6, promising “some exciting news about Windows 10 devices,” which could possibly include a new Surface Pro 4, among other handsets such as the Lumia 950 and Lumia 950 XL.

Measuring 12 inches, the Surface Pro 3 is Microsoft’s largest tablet. However, its size is relatively smaller than devices from other brands, such as Samsung’s Galaxy Note Pro at 12.2 inches and the Apple iPad Pro, which showcases a 12.9-inch display.

Reports from The Verge speculate that the company is getting ready to launch a 14-inch Surface Pro, with Windows 10 on board and Intel’s latest Core M processors. In addition, Digitimes reports that Microsoft plans to release two versions of the Surface Pro 4, one that measures 12-inch and another that is 13- to 14-inches in display size, placing the tablet in competition with the iPad Pro.

No confirmations about the storage capacity have been made. The older model offered memory options starting at 64GB and increasing to 128GB, 256GB and 500GB.

Meanwhile, according to Neurogadget, the new Lumia (codenamed Cityman) is rumored to have a 5.2-inch display with a resolution of 1440 x 2560, a Snapdragon 808 processor, 3GB of RAM and 32GB of storage. On the other hand, the Lumia 950 XL (codenamed Talkman) will have the same resolution but on a larger, 5.7-inch screen.

iOS 9.2.1 jailbreak: TaiG and PanGu reportedly delaying release as they...