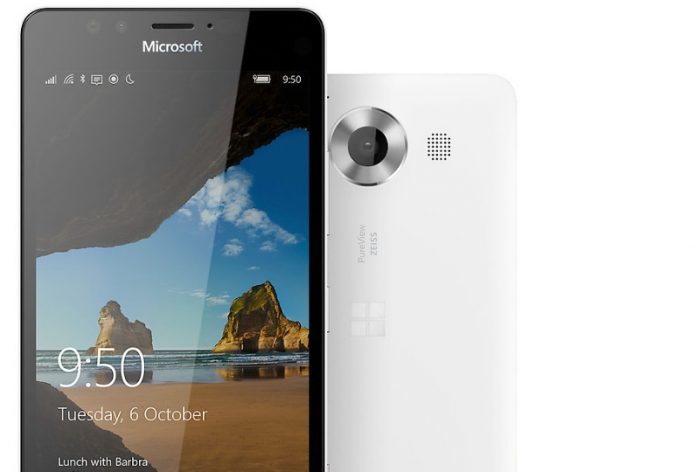 Microsoft’s upcoming contender in the chaotic mobile phone market, the Surface Phone, has been kept under wraps for the longest time but there are still some who have managed to unearth some of the latest developments regarding Microsoft’s yet to be announced banner handset. Reports suggest that the forthcoming mobile device will be sporting a security feature that has been boasted by previous and current smartphones in the market, but it is said that the rumored Surface Phone will be offering it differently.

Eagle-eyed tech pundits recently spotted a patent filed by the Redmond-based giant which they strongly believe is for their much-hyped device. The patent suggests a fingerprint scanner for the upcoming smartphone which will be a first for any Windows-powered device.

Different from the conventional biometric feature, the rumored scanner will be laid onto the handset’s display, directly underneath its protective glass cover making the screen act as a fingerprint scanner at the same time.

It was also noted early on that Microsoft is sending some feelers that they might be finally ditching the Lumia brand before the year ends. This has made Microsoft fanatics assume that the Surface Phone’s arrival is imminent. Moreover, one of the tech vendor’s top executives, Laura Butler, may also have hinted at the existence and arrival of the much-talked-about phone.

With all these laid on the table, fans and tech gurus alike are quite convinced that the Surface handset might be unveiled anytime this October.

Meanwhile, specifications for Microsoft’s next smartphone are still undisclosed as of late, but it is presumed that the company might be dishing out three makes for the new product line to cater most of the consumer types in the market. As aforementioned, the Microsoft Surface Phone will likely be introduced next month and will eventually be released sometime in 2017.