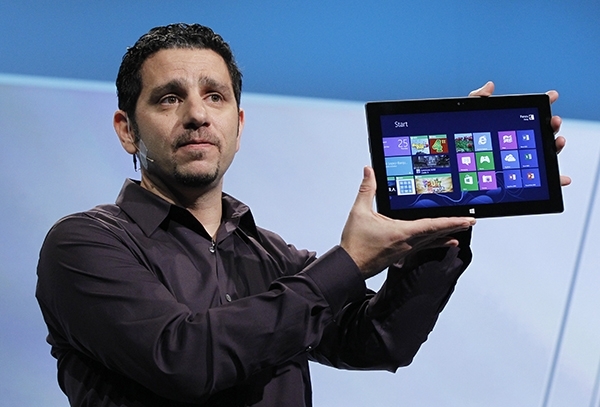 Rumors are rife that Microsoft is gunning to release a Microsoft Surface phone sometime in 2016 but for now, it remains that rumors, especially since insiders at the company are refusing to confirm or deny reports.

Panos Panay, who leads Microsoft’s hardware engineering team, is one of those who refuses to share details about the possible project.

In a report by Windows Central, Panay was evasive in his answer.

“People love asking that. Again, nice try. I think you have to continuously check the landscape of what needs to happen next in all our device categories. We’re working on a lot of stuff,” he answered, dodging the question effectively.

He, however, shared that there is still the Lumia line and the Surface line in existence and said that the company’s thrust is ensuring that all the products and services of Microsoft are consistent in delivering the best Microsoft experience to their clients.

“It really is about bringing them all together with a consistent feeling and making sure the experiences across Microsoft come to our customers,” he said.

However, should Microsoft succeed in bringing together the features of the gadgets together in a Surface phone, Microsoft’s Steve Guggenheimer acknowledged that they may adopt their Lumia strategy to complement the more effective one they are using for the Surface line. It can be recalled that one of the main problems that the Lumia had was its focus on the low end to medium high line, reported WMPowerUser.

Now, the company is looking to make a dent on the market dominated by Apple.

“We are sort of re-building so we will start high. New generation smartphones first and then you will see a scale overtime. I do not have a timeline for new range phones as of now. One step at a time and you can assume it to be logical for us to scale the Lumia line to other price points over time. Lumia has stretched from really low end to medium to high. The truth of the matter is that globally, the company that takes the most margin for phones is Apple. We want to put a little dent in that,” he said.