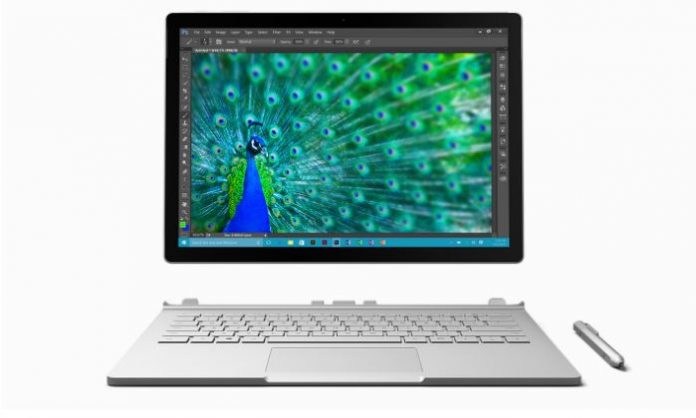 It has been a year since Microsoft released the Surface Book, which was touted as the “ultimate laptop.” The device came with a lot of features, including a detachable screen, the Surface Pen, and Windows 10 Professional, making it one of the better laptops released in 2015.

However, the gadget had its faults, as according to Techradar, users complained that there seemed to be a problem with its Dynamic Fulcrum Hinge, specifically, that a gap would appear when the laptop was closed. When used as a tablet, the device appears to have a short battery life, and moreover, consumers found the Surface Book to be pricey as it starts at $1,499.

But it is expected that a follow-up device would address these deficiencies, as there have been rumors that Microsoft is planning to release a next generation laptop called the Surface Book 2. There is speculation that the laptop could be released alongside the Surface Pro 5 in spring 2017.

The laptop is rumored to be gamer-friendly, as Microsoft prepares to make a few Xbox One titles available for PC. The Surface Book 2 is expected to come with the Intel Kaby Lake processor to power the 4K display that will be in the device. The current model has a 13.5-inch screen with a resolution of 3,000 x 2,000 pixels, and the new device is said to have the same size screen but with a better resolution of 3,840 x 2,160 pixels. The Surface Book 2 is also expected to have a hinge which will allow the keyboard to be detached whether the laptop is on or off.

It is expected that the Surface Book 2 will have a longer battery life and a Surface Pen. The pen is said to also have an upgrade and will feature an LED indicator light and a power button. Other features that tech watchers claim might be added are extra USB 3.0 ports, an SD card reader, and virtual reality (VR) capabilities.

The upcoming device is expected to come at a higher price than its predecessor, and it’s likely that the Surface Book 2 will be available at $1,700 once it is released.