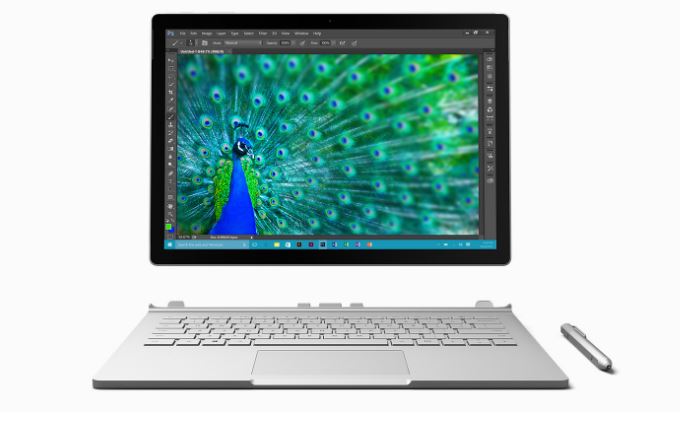 Last year’s Surface Book release marked a major milestone for Microsoft, as the device was the first laptop ever made by the tech giant. The company decided to hold nothing back when it came to the hybrid device, as it could be used both as a laptop and a tablet with a 13-inch detachable touchscreen and a full-size keyboard. Though many were impressed with the gadget’s versatility, tech experts pointed out that the hybrid had a few features that needed improvement, particularly with its design.

The current generation has a Dynamic Fulcrum hinge that allows the screen to be detached from the base, which is a useful feature for the device. However, the same hinge leaves a gap between the keyboard and the display when the laptop is shut, which means that the keyboard and the display are not protected from dirt or other foreign matter even when it’s inside a laptop bag.

The Surface Book 2 is expected to do away with the hinge to allow the next generation device to be fully closed, just like traditional laptops. According to Express.co.uk, sources from inside the Redmond-based technology firm said that the Microsoft Surface Book 2 is currently in development, and that the company could remedy the gap problem by redesigning the hinge.

The upcoming hybrid laptop is also expected to be powered by Intel’s new Kaby Lake processor, which will ship in late 2016. The device is said to have a 4K display, which is a definite improvement to the current model’s touchscreen which has a resolution of 3,000 x 2,000 pixels. The Surface Book 2 is expected to run the Windows 10 Redstone 2 operating system which is set to be released in early 2017. Internal storage is expected to range from 128 GB to 1 TB.

It has been predicted that the Microsoft Surface Book 2 will be released in 2017 and it could be priced from $1,500 to $3,500, depending on the model’s internal specifications.

'Dragon Age: Inquisition' to get DLC that expands storyline, no appearance...