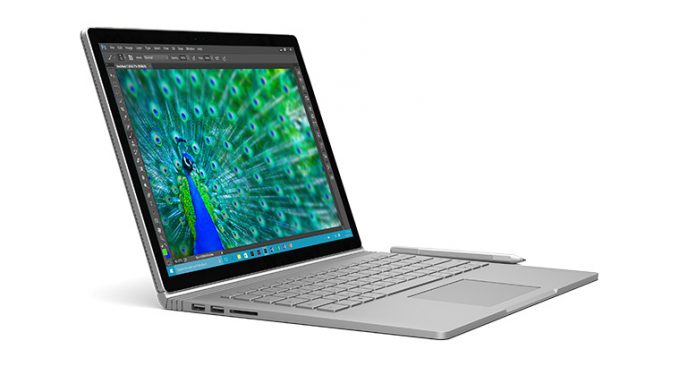 Microsoft is slated to make some new announcements at its upcoming “Imagine What You’ll Do” event taking place on Wednesday, Oct. 26. The tech giant is rumored to be announcing product refreshes, including the new Microsoft Surface Book 2.

Tech fans agree that it’s high time for a Surface Book refresh, since the first device, a laptop with a detachable screen, was released in October 2015. The current device has Surface Pen support, Intel Skylake dual processors, and Windows 10 Professional.

Though many were impressed with the hybrid device, there have been some complaints about the Surface Book’s Dynamic Fulcrum Hinge as it created a gap when the laptop is closed. There have been rumors claiming the Microsoft might redesign the hinge which will allow the Surface Book 2 to fully close, and this will protect the device from dust and scratches when not in use or when it’s inside a laptop bag.

There have been claims that the next-generation device will be announced at this week’s Microsoft event as a Surface-branded ergonomic keyboard was recently leaked. However, the keyboard is said to have been developed for another device, claimed to be a new Surface All-in-One PC.

It was said that the Microsoft Surface Book 2 could feature Intel’s next-generation Kaby Lake processors. It is expected that the device will retain the current generation’s 13.5-inch display but will have a better resolution of 3,840 x 2,160 pixels. If the hybrid does have a 4K resolution screen, then the Surface Book 2 could have a better graphics structure which will improve playback of 4K video and 3D graphics. There’s also a possibility that the device will have virtual reality support because of this feature.

The device is expected to launch alongside the Surface All-in-One PC, Windows 10 updates, HoloLens, and the Surface Pro 5. Stay tuned for more news about the Microsoft Surface Book 2.