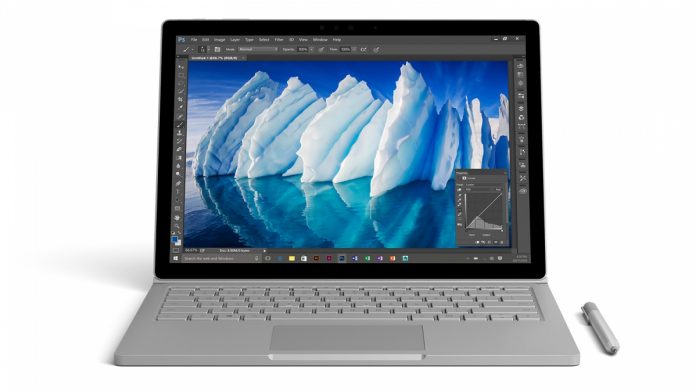 Well, the Surface Book 2 didn’t really show up during Microsoft’s media event on Oct. 26, however, the tech giant did introduce an updated Surface Book equipped with a sixth-generation Intel Core i7 processor, a NVIDIA GeForce GTX 965M graphics card, and a battery that will supposedly last 16 hours. Several sources believe that this new and improved laptop is already the rumored Surface Book 2.

Some reports still say Microsoft may unveil the Surface Book 2 when they roll out their Windows 10 Redstone 2 update in March 2017. Rumors say the Surface Book 2 will have a 4K (3840 2160 pixels) display and it will be virtual reality (VR) ready. It allegedly comes out with Intel’s seventh-generation core processor, the Kaby Lake. But the question is: Will Microsoft really release a new Surface Book months after the Surface Book i7 hits the market?

Right now, potential buyers can check out the Surface Book i7 when it comes out on Nov. 11. The laptop has a 13.5-inch PixelSense display with a resolution of 3,000 2,000 pixels. It will also have 10-point multi-touch capabilities. Furthermore, the device has a 5-megapixel front camera, an 8-megapixel rear camera, two USB 3.0 ports, an SD card slot, a 3.5 mm headphone jack, a Mini DisplayPort, a Surface Connect port, and it comes with a Surface Pen.

The Surface Book i7 is also equipped with a variety of sensors including an ambient light sensor, an accelerometer, a gyroscope, and a magnetometer.

Can Microsoft fend off Apple with their Surface Book i7 or do they have to come up with something new next year?