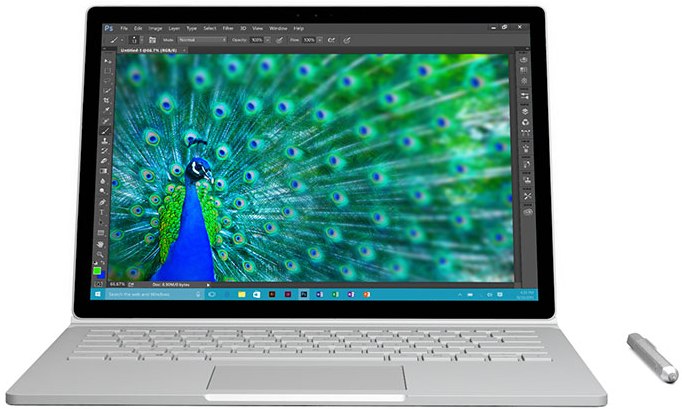 The long rumored Microsoft Surface Book 2 may finally come alongside the rumored Surface Pro 5 device, reports say. This is so the company can keep up with the competition against Apple, as the Cupertino-based company has also been long rumored to be launching a new generation of their MacBook laptops, the MacBook Pro 2016. The Surface Book 2, along with other Windows devices, are expected to be released in 2017.

According to a round up report by CNET, Microsoft may finally be ready to launch its new generation of Surface devices, including the long rumored Surface Book 2, sometime next year.

The release dates for these devices, especially that of the Surface Pro 5 hybrid tablet, had been rumored to be coming in the past several months but had been delayed repeatedly. Two of the major reasons cited were the impending release of the new generation of Intel chipset called “Kaby Lake” and the upcoming update to the Windows 10 operating system.

Windows 10 will reportedly receive a new update called “Redstone 2,” and this updated version of the software is what will be coming to the Surface Pro 5, Book 2, and the rumored Surface Phone.

As for the specs, it is expected that the Surface Book 2 will deliver significant improvements from what its predecessor had, in an effort to go up against the upcoming MacBook Pro 2016 of Apple. One of the top features that are expected to come for the Book 2 is a stunning 4K Ultra HD display, targeting gamers, multimedia professionals, and enthusiasts who love high resolution viewing.

Another feature that is expected is the inclusion of the USB Type-C port. Aside from increasing the power of the device’s internal components, it is expected that the device will not see changes in term of its physical design.