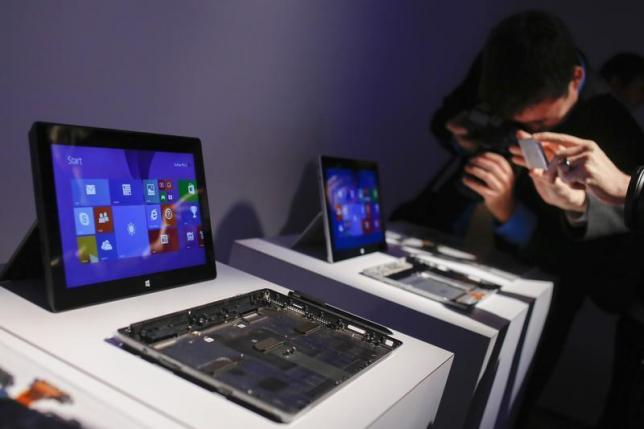 Microsoft devices head Panos Panay could be working on a new Surface Phone, according to a report by Windows Central.

Panay’s promotion has reportedly given him the green light to potentially scrap Lumia phones and proceed with a smartphone under the Surface brand.

The team is rumored to be testing out Intel and Qualcomm chips and finding the best possible fit for the rumored Surface phone. Speculations include running PC and laptop x86 Intel architecture software on a phone.

A Surface phone would not fall into a phone or desktop device. Instead it would be a new category and would be different enough from Android and iOS phones.

Microsoft Surface is a series of hybrid tablets that double as a laptop and tablet. It consists of a single 2-in-1 detachable unit featuring a magnetic keyboard and a tablet. Surface and Surface Pro devices are marketed as tablets and the Surface Book is categorized as a laptop.

Microsoft’s Lumia smartphone line, meanwhile, has been unable to position itself in the highly competitive smartphone market. In its October earnings report, Microsoft announced phone sales have declined by 54 percent over the last few months. The company cited “updated strategy” as the reason why sales have fallen. Revenue in personal computing declined by 17 percent despite a reported one billion revenue in January from Surface sales.

Microsoft did show strong performances in its Intelligent Cloud services which could work perfectly with a Surface smartphone.

The Surface started out rough with the failed Surface RT in 2013 which cost Microsoft $900 million.

The Surface Phone is expected to be launched sometime next year.

PlayStation Plus FREE Games for November titles on offer include 'The...