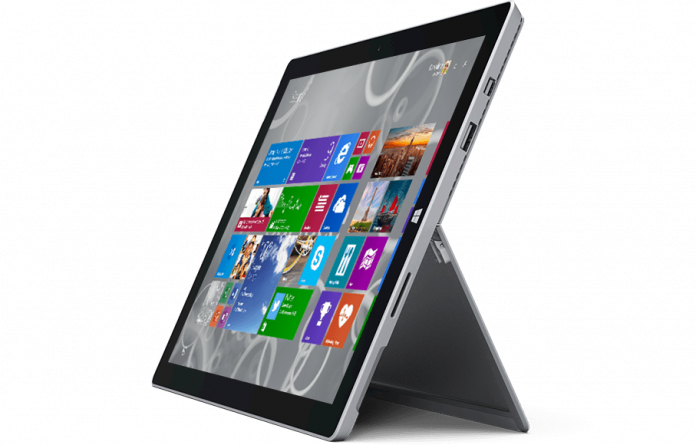 Users who are looking to buy a powerful 2-in-1 tablet PC but are on a budget might just get the best bang-for-the-buck on Microsoft’s latest version of their Surface Pro 3.

Just recently, Microsoft just released a new version of the Surface Pro 3. The new version falls into the line of Core i7 carriers, and is currently the cheapest one among all them, available for only $1,299. The new model has an 8GB worth of RAM and 128GB of built-in internal storage. It has the same specs as that of the Surface Pro 3 models, only difference is that of its storage capacity.

As CNET notes, the new Core i7 version of the Surface Pro 3 is the best for users who prefer performance over amount of storage available.

The Surface Pro 3 comes in three different makes: Core i3, Core i5, and Core i7. All these are Intel’s 4<sup>th generation of the processors, so one can expect superior performance from them. The 4th generation Intel Core i7-4650U 1.70 GHz CPU has a Turbo Boos Technology feature that boosts the clock speed of the processor to reach speeds of up to 3.3GHz. It also has a built-in Intel HD Graphics 5000 chip for a better visual performance.

The new model carries all the same specs the Surface Pro 3 has been known for. It has a 12″ ClearType Full HD Display, and it is promoted by Microsoft as “the tablet that can replace your laptop”. With its multi-position Kickstand and Surface Pro 3 Type Cover, which transforms the device from tablet to laptop. To add to it, the Surface Pro 3 also offers the usual peripherals one has on a laptopit has a full-size USB 3.0 port, a microSD card reader, and a Mini DisplayPort.

The new Surface Pro 3 Core i7 128GB model is now available via the Microsoft Store.