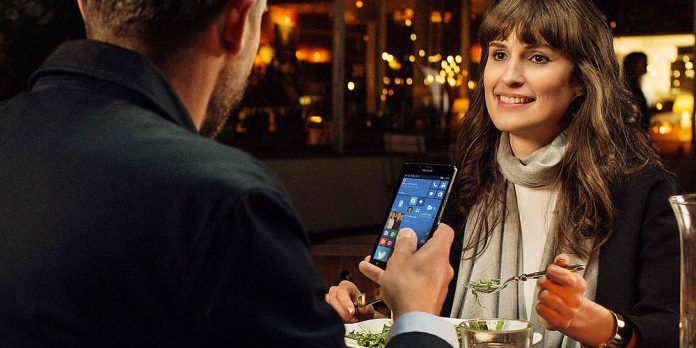 Finally, after being the hot topic in the rumor mill for so longeven a few hours before its official launchthe Microsoft Lumia 950 smartphone is now official. Some specs from the rumor mill have proven to be true, while some turned out to be not so accurate.

As detailed by Microsoft, the Lumia 950 smartphone boasts of a 5.2-inch wide AMOLED display with a 2560 x 1440 Quad HD resolution, and a 564 ppi pixel density, and a Corning Gorilla glass 3 protection. The Lumia 950 features a ClearBlack display technology. It runs under a hexa-core Qualcomm MSM8992 Snapdragon 808 chipset, with a 1.8 GHz CPU, and an Adreno 418 GPU. It packs 3 GB worth of RAM, along with 32 GB worth of built-in internal storage capacity. The device supports external microSD expansion of up to 200 GB worth.

As for the camera, the new Lumia 950 features a 20 megapixels Carl Zeiss optics rear facing main camera, equipped with Triple LED natural flash. With the Rich capture technology feature, the camera of the Lumia 950 automatically adjusts the camera and flash settings with the current shooting environment say goodbye to dark photos and dim faced shots! Additionally, the rear camera of the Lumia 950 has the capability to record videos of up to stunning 4K resolution.

As for the front facing camera, the 950 features a 5 megapixels snapper with the capability to record videos of up to 1080p Full HD resolution.

With Windows Continuum, the Lumia 950 can work like a PC. Once connected to a Microsoft Display Dock, the phone can be used as an external monitor, keyboard, or even a mouse.

Windows Hello Beta is also built-in on the device. With Windows Hello, waking up the device is now as simple as looking at the smartphone, and the infrared camera authenticates the identity of the owner.

The Lumia 950, along with the Lumia 950, is not yet available as of the moment, but Microsoft promises to announce an official release date soon.