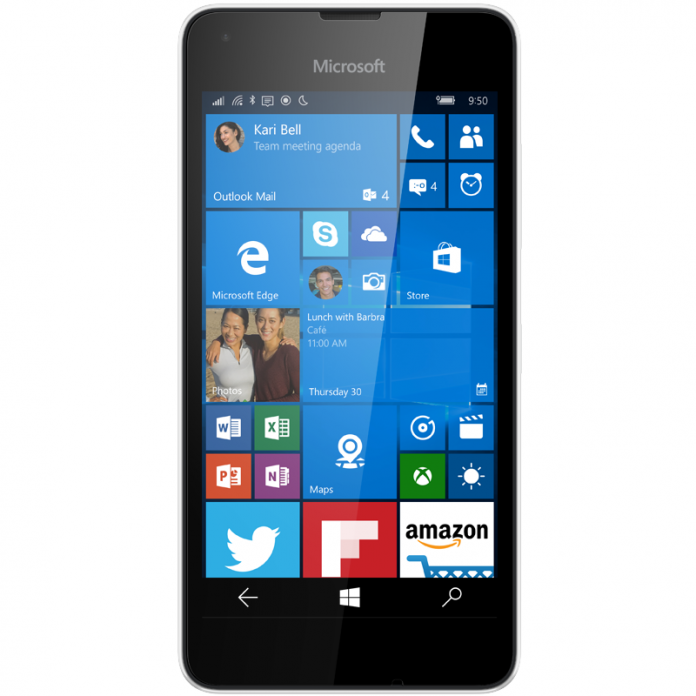 Last month, Microsoft announced the Lumia 950, Lumia 950 XL, and Lumia 550 with generally positive responses from the market. However, a few weeks after the announcement, there are already rumors regarding a possible Lumia 650 as well as a Lumia 750 that might be released early next year.

SLeaknow posted earlier this month on its Twitter account, “#Lumia650 which has code name is Saana may be the last 5-inch Lumia of Microsoft. It’s covered by metal edge as same as Lumia 640.”

Although the post did not elaborate on other specifications, the anticipated device is said to be powered by a Qualcomm MSM8909 Snapdragon 210, 1GB RAM, and an internal storage of 8GB. However, there are conflicting speculations whether it will have leeway for external expansion or not. The said handset is expected to be an entry-level tier that will come with an 8-megapixel rear camera, 2,000 mAh battery capacity, and at least Windows 10 out of the box. Lumia 650 is believed to come on Jan. 4, 2016.

On the other hand, the recently unveiled Lumia 550 has a 4.7-inch display and is powered by Qualcomm Snapdragon 210 with quad-core Cortex-A7 processor and Adreno 304 GPU. It has a 5-megapixel rear shooter with LED flash, along with a 2-megapixel front shooter. Based on these specs, the Lumia 650 might have better features.

Meanwhile, there is also another rumor regarding another new handset, a mid-range phone called Lumia 750, which will serve as the successor of Lumia 830. According to Softpedia, Lumia 750 is already under testing in India, sighted through the Indian import-export entity, Zauba. It is believed to come in December or early January, although there are no specifications indicated for the said handset at the moment.