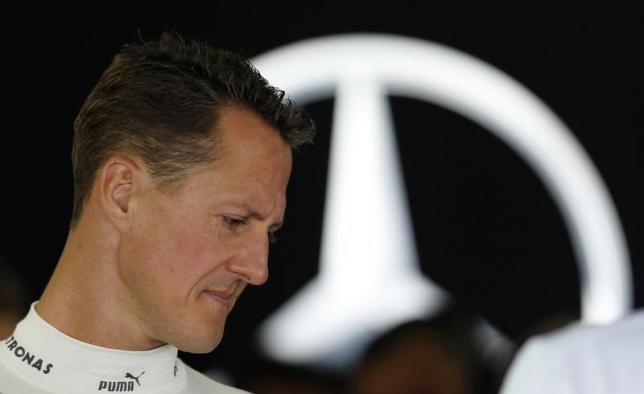 Former Ferrari President Luca Cordero di Montezemolo expressed his thoughts on the present condition of famous race car driver Michael Schumacher. Schumacher, who has been in rehabilitation after his terrible skiing accident two years ago, has full medical support provided by his family led by wife Corinna.

Di Montezemolo talked to German news portal RTL and was quoted in saying, “He is an extraordinary person, a person who has always worked for the team, a person who has been found, especially in the difficult moments as an absolute team player. He is the driver in the history of Ferrari, who has won more than any other so much.”

“He simply represents something unique. To see him in this situation is terrible. It’s a situation in which you don’t know what you should do. So I try to recall so many great moments again in life, which we have celebrated together. I always think of him as an exceptional pilot, man and friend. I must also admit that I have the courage and strength of the family, of Corinna and the children, admire how they help Michael. From the bottom of my heart, I hope ever to hear good news soon” he added.

The German racing superstar has gone through a medically induced coma before leaving the hospital for his Lake Geneva mansion where he is still recuperating. He is reported to be under extensive care with the help of 15 medical experts that stay in his home for 24/7 monitoring. A modern medical suite was also custom-built to ensure that Schumacher is given the utmost treatment that he will need without being in the confines of a hospital room.

As recently reported, family friend and FIA President Jean Todt has been visiting Schumacher to make sure that he is okay and has even revealed so much as saying that the Formula One Word champion is still fighting to be able to live.