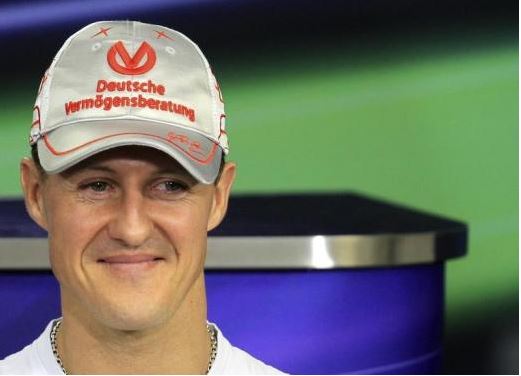 It has been nearly three years since Michael Schumacher had a skiing accident which left him in critical condition. While the Formula One racer escaped death, the world continues to wait for updates about the 47-year-old’s health, as no news about the star has been released by his family and representatives.

Schumacher suffered severe head injuries while skiing with his family in the Alps. He was placed in a medically induced coma for six months before being relocated to his home where his family continues to care for him. It is believed that he is still unable to speak and is paralyzed, but this has yet to be confirmed by the family.

Recently, family spokeswoman Sabine Kehm said (via Express.co.uk), “Private things will continue to remain private.” Based on Kehm’s statement, it appears that the family will continue to stay mum about Schumacher’s condition as they protect his privacy.

It appears that the family will go to great lengths to protect the racer, as they recently sued German magazine Bunte over a report last year which claimed that he could walk again. According to The Guardian, the magazine quoted an unnamed friend who said that Schumacher was able to walk “a couple of steps” after his devastating accident.

“Michael is very thin,” the friend said. “But he can once again walk a little with the help of his therapists.” The friend added that the F1 star can walk a few steps and can raise his right hand.

Kehm blasted the report, saying that it was irresponsible because, given the severity of Schumacher’s injuries, privacy is very important for the father-of-two. Kehm added that such reports also gives “false hopes to many involved people.”

As part of court proceedings, the family was forced to disclose Schumacher’s current condition and family lawyer Felix Damm told the court that “he cannot walk” and is unable to stand even with the help of therapists. A verdict in the case is expected this month.