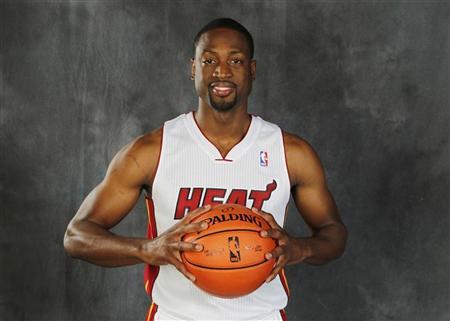 With the upcoming deadline of June 29, Dwayne Wade is still keeping silent on whether he will renew his contract with Miami Heat or opt-out to become a free agent.

According to a report by Miami Herald, during a guesting as a game analyst, the Heat guard reportedly chose not to answer the question directly when asked by ESPN if he has any plans on leaving his current team.

“It’s summer time. With summer time and free agency, it’s going to be a lot of talk. Right now, I’m glad that the Finals is on, that we’re here. We’ll worry about that in July. Right now, we’re going to focus on these Finals. This is our biggest showcase,” he said.

Speculations of a contract dispute have started with rumors that Heat President Pat Riley wanted Wade to sign a three-year contract worth $36 million, which will be broken into $16 million for next year, and $10 million each for two years after. However, a source close to Wade said the cager wanted a paycheck of $60 million for the next three years, International Business Times reported.

The report said that Heat might want a cheaper contract as the team also wants to get Goran Dragic and Hassan Whiteside to strengthen their lineup. Dragic will reportedly ask for a maximum long-term contract while Whiteside will have an increased pay after receiving $1 million for the new season.

Meanwhile, some of the Heat players have weighed in on the matter.

In a report by Sun Sentinel, guard Mario Chalmers shared that even though he talks with Wade, they have not discussed his contract.

Heat old-timer Grant Long also voiced out his thoughts in an interview during  the Marc Hochman Show with Zach Krantz.