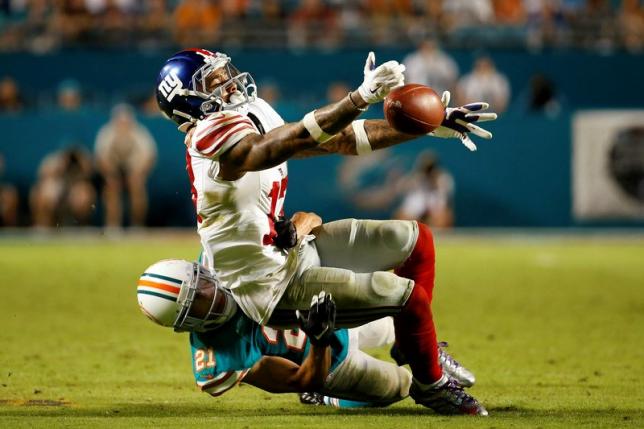 Cornerback Brent Grimes’ time with Miami is set to end after news emerged that the team has decided to release him before the start of the new season. The 32-year-old veteran did produce 49 tackles and four interceptions last season, but after signing with the Dolphins three years ago, it looks like the team is looking at the other way for now.

The Sun Sentinel first reported the rumored decision of the Dolphins, adding that the reason for the mutual parting of ways is because Grimes declined Miami’s offer of restructuring his four-year, $32 million contract that he signed two years back. He reportedly wanted to test free agency in the hope of finding a team that is willing to pay him based on what he believes he’s worth.

Should the Dolphins make it official, they will at least free exactly $6.5 million in cap space. Grimes will be owed $8 million this year based on the stipulations of his original contract.

After finishing with a losing record (6-10) last season, the team looks to make a lot of improvement this season, but cutting Grimes isn’t a move towards that direction. But the NFL is a business and when a player declines to take a pay cut, it usually means the team won’t give in either. Losing him to free agency leaves a significant gap in the team’s depth, suggesting that they may have to focus on finding a cornerback in the draft since there aren’t really that much of a talent left in free agency for the position, though it is still early to say that.

However, Pro Football Talk claimed in a report that the team wants to talk with the Philadelphia Eagles about the availability of Byron Maxwell. Should they succeed in luring the cornerback to Miami, then he would be a more than sufficient replacement for Grimes, to say the least.