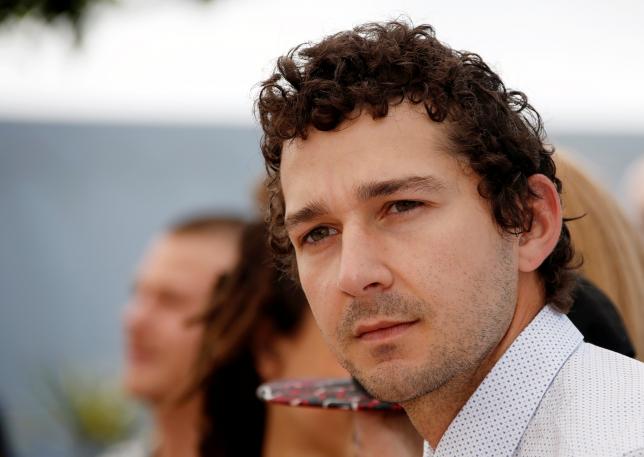 She seems very shy and quiet most of the time, but the 23-year-old actress Mia Goth is a supportive wife, and she’s politically outspoken.

The young actress has nothing but appreciation for her husband, “Transformers” actor Shia LaBeouf.

“He’s definitely one of the most brilliant actors, for sure,” the actress said in an interview with Entertainment Tonight in New York. “I’m incredibly proud of him, and I have great respect for him,” she stated about her 30-year-old spouse.

The couple, who met on the set of the 2013 movie, “Nymphomaniac,” got married in October 2016 at a chapel in Las Vegas, Nevada. They have been very private about their marriage.

Meanwhile, the “A Cure for Wellness” star told People that she’s a “glass half full kind of girl” when talking about American politics.

“I think the political climate we’re in is not the best one we could be in,” said the British actress. “But I think if you were to try and find a silver lining in this situation, it’s that it’s mobilizing younger generations and engaging them in politics,” she added, which she believes is a good thing.

It should be noted that on Jan. 20, the “Wall Street: Money Never Sleeps” actor has made an “artistic” political statement to mark Pres. Donald Trump’s inauguration.

LaBeouf took his piece of art, titled “HE WILL NOT DIVIDE US,” at the Museum of the Moving Image in New York City. A camera was mounted on the wall outside the museum, and the crowd was encouraged to repeat the phrase in front of the camera.

Will Smith’s 18-year-old son, Jaden, was one of the first people to step up and recited the phrase.

Unfortunately, LaBeouf’s art project was shut down by the museum’s administration.

“The installation created a serious and ongoing public safety hazard for the museum,” according to a statement released by the management.

'Pokemon Sun and Moon' rumors: New Pokemons to be part of...