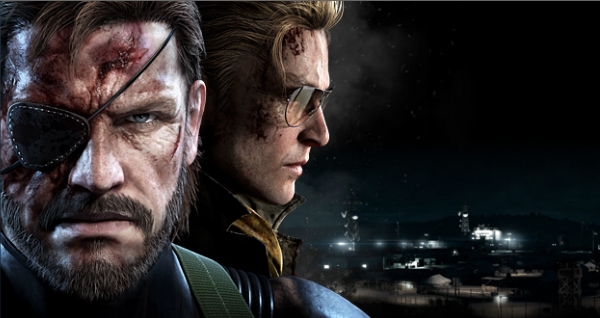 The “Metal Gear Survive” announcement was made at the recent Gamescom conference, where the first trailer was also shown (video below courtesy of IGN).

“We are delighted to announce another exciting addition to the Metal Gear franchise,” said Konami European president Tomotada Tashiro (via Independent UK). “Metal Gear Survive will offer a fresh take on the series’ famed stealth elements but within a unique co-op setting that is designed for a truly engrossing multi-player experience,” he added.

According to Konami, “Metal Gear Survive” is meant to be “a new addition to the ‘Metal Gear Solid V’ experience.” The game follows the conclusion of “Metal Gear Solid V: Ground Zeroes,” but it is set in an alternate timeline “caused by unexplained wormholes forming in the sky.”

In the post-apocalyptic look of the “Ground Zeroes” setting with “distorted desert landscapes,” players will have to cooperate to survive against the biological threats. Although many fans commented that the trailer above does not have a “Metal Gear” feel to it, Konami promised that the stealth elements will remain.

The new multiplayer stealth co-op title marks the first “Metal Gear” video game after the departure of series creator Hideo Kojima from Konami. It is unknown how much Kojima and his original team will be involved in the production, if there will be any involvement at all.

As for pricing, Konami told Polygon that the new “Metal Gear” title will cost less than the usual and more in the range of “Ground Zeroes.” The “Phantom Pain” prologue cost $30 at launching, which put the pricing of the upcoming video game somewhere below $60.

“Metal Gear Survive” is arriving to PlayStation 4, Xbox One and the PC in 2017. Konami promised more information to come in the coming weeks, so fans are advised to stay tuned.

'Jane the Virgin' season 2, spoilers: Jane and Rogelio disagree on...