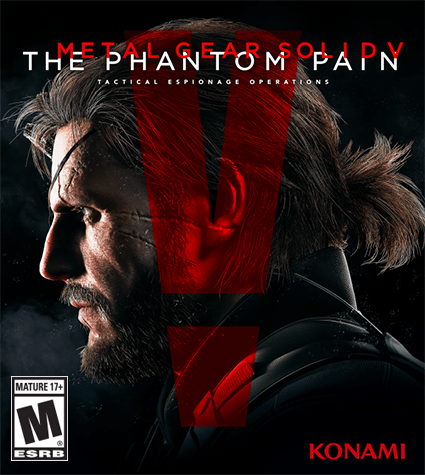 Konami recently revealed the ‘final’ cover art for the upcoming game Metal Gear Solid V: The Phantom Pain, with the noticeable removal of the name of Hideo Kojima and the logo of Kojima Productions.

According to a report by Gamer Headlines, the newest and final design for the cover art of Metal Gear Solid V: The Phantom Pain removed the “A Hideo Kojima Game” from the game title text, as well as the removal of the Kojima Productions logo on the lower left corner of the cover art.

It is already a known fact in the gaming industry that Metal Gear original creator Hideo Kojima and the game company Konami have not been on the best terms with each other lately. Add to that the fact that Konami is making its move away from console gaming, and the entire Kojima Productions itself closing in to its end.

The strategy guide will be published in the English, French, Italian, German and Spanish languages.

Players who will opt to buy the limited hardcover collector’s edition will be treated to an exclusive lithograph by Yoji Shinkawa, as well as additional content and art from the game.

The game Metal Gear Solid V: The Phantom Pain official official strategy guide book will be available for $24.99 for the paperback edition and $34.99 for the limited hardcover edition.

The Metal Gear Solid V: The Phantom Pain Special Edition is now available for pre-order at select Japanese retailers. The Special Edition of the game includes an exclusive 50-page art book that features exclusive artwork of characters, weapons, and locations from the game, a Blu-Ray that features the making of the game, trailers, interviews, and “phantom footage”, a map of the open-world, and a DLC pack.