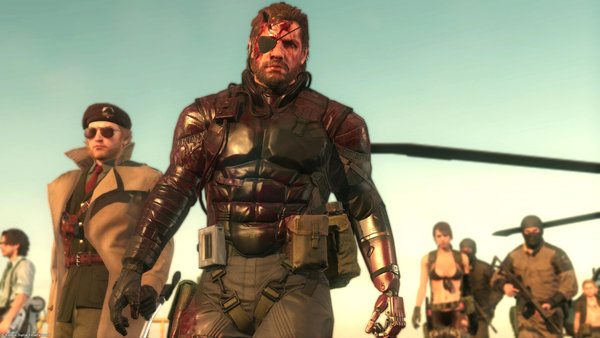 The May patch for the “Metal Gear Solid V: The Phantom Pain” multiplayer just hit, bringing along a new batch of changes and improvement’s to the game’s systems.

According to Konami’s announced list of changes for the company’s most recent patch of updates for “Metal Gear Solid V,” most of the updates directly target the game’s multiplayer feature “Metal Gear Online.”

The update, labelled as patch 1.10, rebalanced teams, changed some of the movement methods like sprinting and diving, and now feature rank updates displaying at every mission debriefing screen.

The patch also brought along some new equipment and gameplay mechanics changes; one of them is the new Sneaking Suit feature for security guards. The suits provide brief camouflage capabilities to guards upon spotting an intruder.

On the other hand, the patch also applied the new Dispatch FOB Unit feature. Dispatch FOB Unit now allows players to have their units assist them in infiltrating any Forward Operating Bases (FOB). On being sent, the units can interfere with some of the base’s security measures like the use of guards or equipment.

The update also introduced new weapons to “Metal Gear Online” such as a new rifle meant for Fulton extractions, the TORNADO-6 Revolver, and a machine gun that fires rubber bullets.

The rifle is the FB MR R-L FLTN Falkenberg Multi-Role Recoilless Rifle; armed with Fulton warheads, any target hit by the gun is immediately prepped for surface-to-air extraction.

TORNADO-6 is the signature weapon of Revolver Ocelot (Troy Baker). The gun’s special feature are the bullets which, when fired, ricochet off walls and may hit nearby enemies.

In addition to the above, patch 1.10 also brought along other smaller fixes and refinements. “Metal Gear Solid V: The Phantom Pain” hit downloadable status May 10.