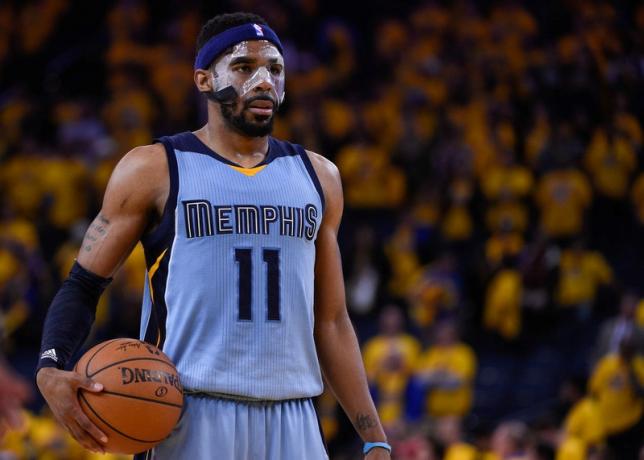 With the NBA playoffs nearing, the Memphis Grizzlies are currently fighting it out to grab a more favorable spot in the standings, hoping that they can at least get a home court advantage in the first round. However, that objective would be a lot more difficult to attain right now with the news that starting point guard Mike Conley is suffering from an Achilles tendinitis. The team announced on Saturday that he is expected to be out at least three weeks, at which point the injury will be re-evaluated.

Conley’s time in Memphis may soon be over with a pending free agency at the season’s end, but it does not deny the fact that he still is the heart and soul of this team. The 28-year-old was rumored to be on the trading block a month ago, but no trade materialized, with the front office saying that they never really talked to any team about trading him.

The Grizzlies’ hopes of going deep into the playoffs this year is slowly fading away, no thanks to All-Star center Marc Gasol’s foot surgery, causing him to miss the rest of the season. And with Conley following him in the injured list, the team will have to rely on a makeshift roster to pull through some victories. Conley is averaging 15.3 points and 6.1 assists in 56 games this season, per CBS Sports. Those numbers are tough to compensate for a team that relies on him to orchestrate the offense most of the time.

With backup Mario Chalmers already out after getting waived, the Grizzlies will have to make do with a lineup that may not see a point guard for several stretches in a game. They did sign point guard Ray McCallum to a 10-day contract, joining another signee in Briante Weber. However, both aren’t expected to provide immediate contribution.

The team may be peppered with injuries right now, but it is with Conley that they’re most worried, considering that Gasol is already out for the rest of the year. If he is able to come back before the end of the regular season, then they’ll have a much better chance of getting out of the first round. For the moment though, his teammates will have to carry the extra load of giving the team at least the fourth spot in the Western Conference to get home court advantage.