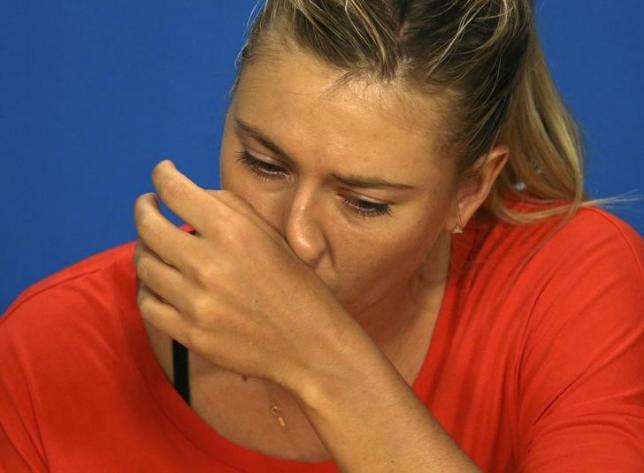 “I did fail the test and take full responsibility for it,” said Sharapova at a Los Angeles press conference, as quoted by The Daily Beast.

The drug in question is Meldonium or Mildronate. It is supposed to be a heart medication drug that is widely used in Eastern Europe and has not been approved for use in the United States. It is primarily used against angina, myocardial infarction, and heart failure.

However, Sharapova stated that she has been taking the drug for a long time for “several health issues” and claimed that she wasn’t doping.

“It is very important for you to understand that for 10 years this medicine was not on WADA’s banned list and I had been legally taking that medicine for the past 10 years,” Sharapova added.  “But on January 1st, the rules had changed and meldonium became a prohibited substance, which I had not known.”

Only recently in January, the World Anti-Doping Agency (WADA) included this substance in its list of prohibited substances and methods.

This came after a study done last year by the Center for Preventative Doping Research in Cologne, Germany and published in Journal of Drug Testing and Analysis. Findings from the study demonstrates that use of the drug causes an increase in endurance performance of athletes, improved rehabilitation after exercise, protection against stress, and enhanced activations of central nervous system (CNS) functions.

The Russian athlete has already lost major sponshorships and might even miss the chance to participate in the upcoming Olympics.

“I let my fans down, I let the sport down that I’ve been playing since the age of 4 that I have loved so deeply,” she said quoted in the same Daily Beast article. “I know that with this, I face consequences.”