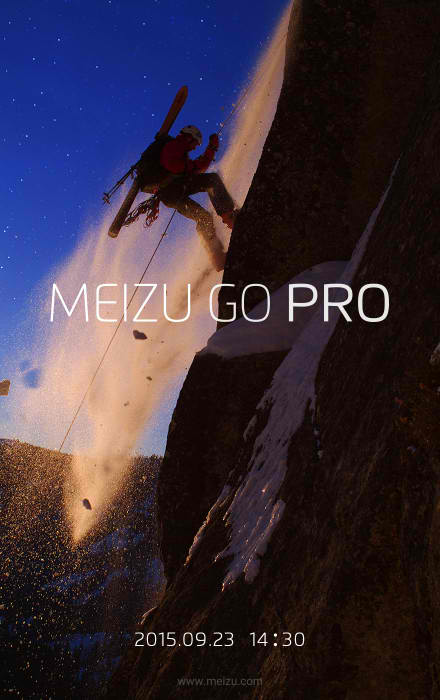 As reported by Phone Arena, the long thread of rumors and leaks – some of them involving even from high ranking Meizu officials – continues with the surfacing of what is claimed to be live images of the flagship phone by Meizu.

The images feature a black box that has a gold label embedded on it that reads “Pro 5”. While the set of images did not show the actual “Pro 5′ device, the alleged leak is in line with what Gizmo China reported a few days back, as what is said to be a teaser for Meizu’s new flagship leaked online. The teaser said “Meizu Go Pro”, possibly pointing to a flagship model called as MX 5 Pro”, or simply “Pro 5”.

The Meizu event will be held on September 23 in Beijing, where the company is expected to finally unveil and make official their new flagship phone.

Once rumored as the Meizu NIUX, image renders of the smartphone were released by the company’s very own Vice President, Li Nan. Nan posted the images via his Weibo account, and it surprisingly looks very similar to the long-rumored iPhone 6s and the 6s Plus. However, no hardware specifications or release date were mentioned in the executive’s Weibo post.

The company VP said that he intentionally released the early renders of the new device they are working because they are aware that it is similar to the design of the latest models of Apple’s iPhone series. To avoid any further claim of copying, Nan released the images ahead of the expected unveiling of the long rumored iPhone 6s and the 6s Plus.

The renders feature a look on the back of the NIUX with the new Meizu logo design on it. It features a large and slightly protruding rear camera, with a LED flash below it.

As for the rumored specs, the new Meizu flagship may sport a Sharp 5.5-inch wide display with 1080p Full HD resolution, and equipped with 2.5D glass protection. And according to an AnTuTu benchmark results for the device, the device will run under Samsung’s very own Exynos 7420 chip, with a 2.1GHZ CPU, and a Mali T760 GPU. It comes with a massive 4 GB worth of RAM, along with 32 GB worth of built-in internal storage capacity. As for the camera, the benchmark results indicate that it will have a 21 megapixels rear camera, coupled with a 5 megapixels front snapper for selfies and video calling.