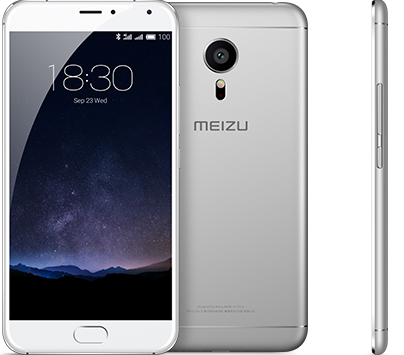 Chinese smartphone manufacturer Meizu is expected to release a new pro-sub brand device called “MX5 Pro” and an alleged leak shows that it will be made by metallic materials and may support the operating system, Flyme 5.0.

According to GSM Arena, the image depicts a handheld in dark gray color scheme with rounded corners similar to Apple’s iPhone 6. Mixed speculations suggest that the Flyme OS may be integrated with either stack Android or its Lollipop version.

When it comes to specifications, MX5 Pro is rumored to feature a 5.5″ or 5.7″-inch screen display with 1080p resolution. Under the hood, it may be powered by Exynos 7420 or Helio X20 chipset and partnered with 4GB of RAM. The camera is predicted to have a stunning capacity of 21-megapixel.

No official confirmation has been made by Meizu but it is predicted that the handheld will start selling at a price lower than $500 and it will become available first in China before third-party retailers make it accessible across several regions worldwide.

On a separate note, Meizu has launched its first ever high-end gadget dubbed as “PRO 5.” Originally thought to be marketed as MX5 Pro, it is deemed that the company split the line to give emphasis to a more top-end series.

Moreover, the back camera has 21-megapixel capacity with six element lens and f/2.2 aperture. It has the settings such as Laser-aided focusing, PDAF phase focusing and Dual-tone flashlight. The front one is 5-megapixel with f/2.0 aperture.

It comes in colors of gold, silver, grey, and combination of silver and black and retails at S$438.