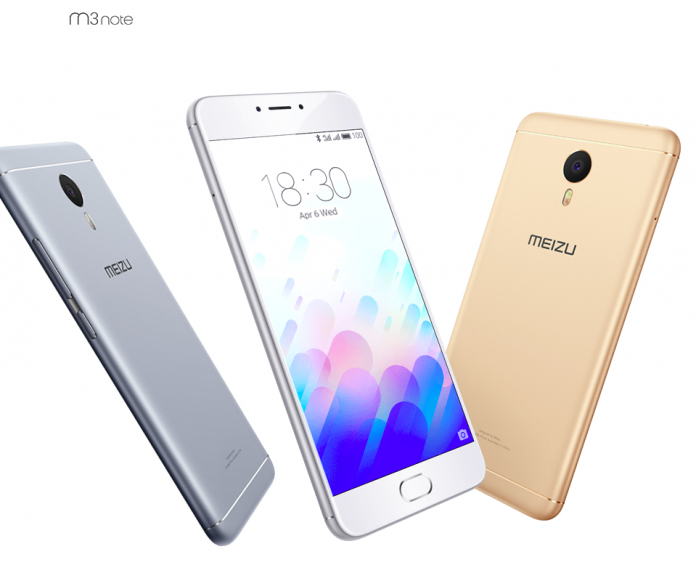 Meizu has officially unveiled its next generation device dubbed as M3 Note, featuring a full metal unibody made of 6000 Series aluminum alloy, a powerful battery, and a flagship mainboard technology.

According to the company, the smartphone has anodic oxidation process to make it incredible to touch. The symmetrical design is combined with a 2.5D display panel to make it more elegant and lighter with a weight of 163g and dimensions measuring 153.6mm x 75.5mm x 8.2mm.

The 5.5-inch screen is made of LTPS IPS LCD capacitative touchscreen that has 1080 x 1920 pixels resolution and 403 pixel-per-inch density. It is covered by Dinorex T2X-1 scratch/shock resistant glass for protection.

Under the hood, it is equipped with Helio P10 octa-core processor that has the best energy efficiency ratio, coordinating CPU, and Mali-T860 64-bit GPU to lower energy consumption. Meanwhile, the eight A53 cores clocked at 1.8GHz and 1.0GHz make sure that the performance is smooth amidst heavy usage and playing intensive games. The battery that powers the gadget is pegged at 4,100mAh, which is 32 percent bigger than the previous model. With the combination of operating system by Flyme 5.1 and the said chipset, the device can last up to 12 hours for multitasking and two days under normal use.

Moreover, the M3 Note has the so-called new mainboard tech that has been designed into 10 layers to reduce the space occupied by the mainboard and the internal interference to make the system more stable. The onboard memory storage starts at either 16GB with 2GB RAM or 32GB with 3GB RAM. Both are expandable via a microSD card of up to 128GB.

When it comes to the camera, the rear lens is a 13-megapixel one that features f/2.2 aperture, 5-element lens, continuous shooting, panorama, PDAF auto-focus, two-tone flash. The front shooter is a 5-megapixel model and has f/2.0 aperture, 4-element lens, FotoNation 2.0, FaceAE, and Recognition angle 360.

Meizu has yet to reveal the official date for the launch but it is expected to become available sometime this month.