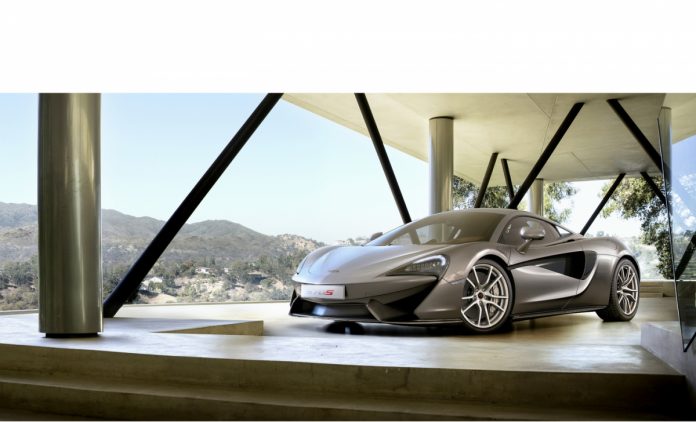 The new Sports series of McLaren Automotive has entered the production stage at the McLaren Production Center in Woking, England.

Among the first cars to be launched under the series is the 570S Coupe, which boasts of a carbon fiber MonoCell II chassis which weighs in at less than 80 kg, a lightness that is matched by the vehicle’s structure made up of aluminum body panels that only puts the car at 1313 kg, a full 150 kilograms lighter than its competitors, McLaren Cars cited.

Despite the lightness, the top of the line sports car packs a lot of power and accelerates from 0 to 62 mph at only 3.2 seconds. In 9.5 seconds, it can accelerate to 124 mph. Aside from power, the car also boasts of fuel economy.

In terms of design, the sports car is expected to utilize the form follows function design philosophy that takes advantage of an innovative aerodynamically optimized form that incorporates the McLaren classic design with the new three dimensional contour that divides the airflow, and channels additional air to cool the v8 engine and increases downforce.

The first McLaren 570S Coupe to come off the production line has been delivered to a retailer in the UK, all while the company works on 1,000 more orders of the new sports vehicles, Northcumberland News reported.

One of the earliest reviews for the 570S Coupe, by Leicester Mercury gave mainly positive feedback on McLaren’s latest offering.

“McLaren’s ambitious model strategy has resulted in some of the most dramatic cars in each market segment entered and the 570S coupe carries on this tradition. Faster, lighter and more advanced than the competition, the 570S almost defines its own niche at the pinnacle of sports car performance and technology,” the review cited.