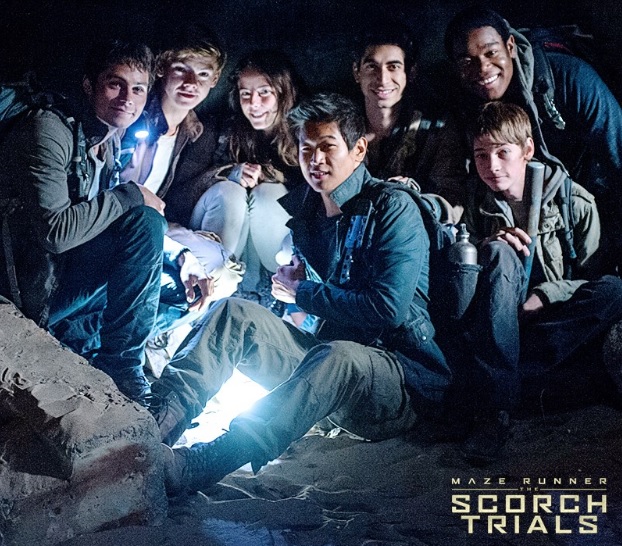 It’s a known fact now to fans that the third installment in the “Maze Runner” film franchise, which is titled “The Death Cure,” has been bumped further to 2018 due to a motorcycle mishap incurred by one of the film’s main characters, Dylan O’Brien. Fortunately, the actor has fully recovered and is now rumored to have resumed filming “The Death Cure.”

The “Teen Wolf” actor was recently seen at a local restaurant in California donning a hefty amount of beard on his face. There was even a tweet posted by the restaurant staff who took his order and said that O’Brien responded with a smile when she mentioned that he looked different. The said tweet was the first post-mishap appearance of the actor.

Fans might remember that almost five months ago, the motorcycle that O’Brien was riding on, as part of a scene in “The Death Cure,” overturned and went into a skid that resulted in seriously injuring his head and was knocked unconscious. To make things even worse, there were reports saying that another vehicle on the set accidentally hit him from which he suffered several fractures on his face.

Hence, the film’s supposed 2017 release was pushed back for another year to make sure O’Brien can recuperate and cope up with “The Death Cure’s” demanding stunt scenes. Having said this, O’Brien can still be seen as Stiles Stilinski on MTV’s hit teen horror series “Teen Wolf.” However, the cast of the show confirmed at this year’s San Diego Comic-Con that the upcoming season of the show will be the final season which made fans quite gloomy.

There’s no exact date yet as to when “Maze Runner: The Death Cure” will be released, but what is assured is that it will be sometime in 2018. Meanwhile, season 6 of “Teen Wolf” premieres this November.

'One Piece' chapter 829 spoilers: Sanji leaves Pudding at the wedding...