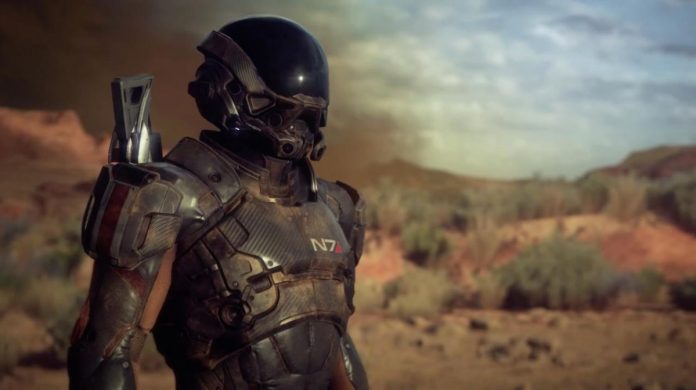 As part of Game Informer’s massive coverage of the title (via GameSpot), folks who play pivotal roles in its development sat down with the publication to hopefully give some insight on the prevalent questions surrounding “Mass Effect: Andromeda.”

For example, the New Game+ mode allows for more customization, something that was not present in the game’s predecessor. It allows players to change the gender of their character. An enhanced multiplayer mode is also set to come with unique mechanics that allow gamers to step into the shoes of different playable characters.

“There are several different types of characters in multiplayer, and each time you finish a match, you earn your regular XP, but you also earn prestige XP,” lead designer Ian Frazier told the media outlet for their December issue. “That goes to every character in that type. All the tanky characters, for instance, might be a group that earn prestige XP together. And there’s a different benefit for each type of character. Let’s say you play these tanky characters it could be three different ones you earn enough prestige XP to level up. Now you get a health benefit to all of your characters not just the ones of that type.”

Frazier’s explanation is still quite vague but with the multiplayer beta test already being geared up, fans can expect that more light will be shed on the feature sooner than later. So far, however, what is known is that the player will supposedly take the role of one the Apex Force members who are part of the group that is tasked to defend against tough alien invaders.

As for what the ending of “Mass Effect: Andromeda” will be, rumor has it that there will be multiple scenarios for the finale. However, the speculation was neither confirmed nor denied by game producer Mike Gamble as he carefully chose his words when pressed on the matter.

“We want to leave the ending, and what we’re doing with it, as a surprise,” he said. “This is a different type of story, so it will be something different than the trilogy. We can’t wait to hear what fans think.”

No official release date has been specified for “Mass Effect: Andromeda” albeit it is expected to drop in the first quarter of 2017.

'The Incredibles 2' movie rumor: Syndrome is alive, places Jack-Jack under...