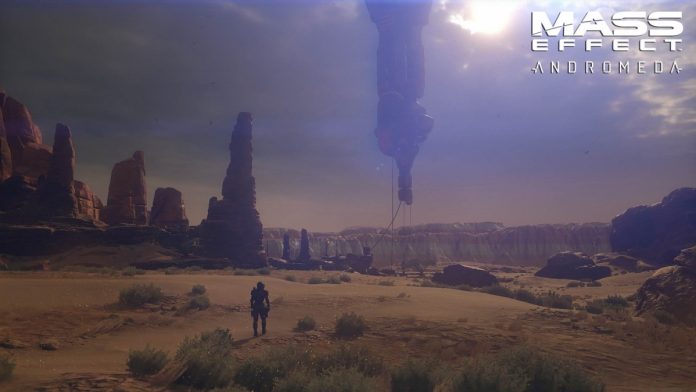 An Amazon listing may have accidentally leaked the yet to be confirmed release date of “Mass Effect: Andromeda” drawing interests from fans.

The said pre-order listing which is for the complementary book for the game titled “The Art of Mass Effect: Andromeda” reveals the hardcover’s release date of March 21, 2017. The book is described to be “featuring never-before-seen art of the hotly anticipated game’s characters, arsenal, locations, vehicles, and more.” However, eagle-eyed fans have who scrolled down the description box also spotted that below the brief description of the product, it states that publisher Dark Horse Books will release “The Art of Mass Effect: Andromeda” simultaneously with the game.

Doing a little more digging into the situation, the same book listing found in Amazon UK did not have the same text seen in its North American counterpart and the book comes out a couple of days later, on March 23. However, given that video games usually release a day or two early in the United States compared to England may explain the difference in the roll out date of the book and probably also the game itself.

This leak comes out after a slew of new screenshots for the game made their way online coupled with a supposed N7 tease which is scheduled for Nov. 7. Nothing official has been said about what will be coming on the said occasion but some fans have speculated it to be a new story trailer or more information about the gameplay. The most prominent however is the release date announcement for “Mass Effect: Andromeda.”

BioWare and Electronic Arts have yet to comment on the matter and it is safe to assume that they will continue to hold their silence until the said N7 event. The fourth title from the famed “Mass Effect” series will be separate from the original trilogy with a brand-new protagonist, Ryder, who can be played as male or female.