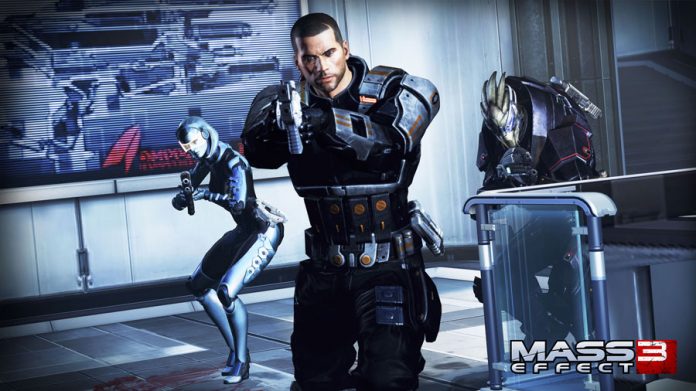 In a generation full of revivals and rehashes in mainstream media, Electronic Arts is by no means interested in joining the bandwagon especially with their hit “Mass Effect” trilogy. That is if EA’s chief competition officer Peter Moore is to be asked.

The subject was brought up during a recent interview with IGN Unfiltered where the company boss candidly gave his thoughts on the matter.

“Could we make an easy buck on remastering Mass Effect? Yes. Have a thousand people asked me that? Yes they have. Do we have…No. We just feel like we want to go forward,” he admitted. Moore was quick to add that as a company they prefer to look forward meaning they would rather develop new properties than milk profit from old ones. In line with that, Moore segued to their upcoming release which serves as the fourth installment in the role-playing shooter franchise.

“There’s a little thing called Mass Effect: Andromeda that we’re totally focused on at BioWare… Anything that distracts from that… Do we have teams lying around that are doing nothing right now that could go and… No we don’t. We want to focus on the future and delivering new IP and new experiences,” the 61-year-old furthered.

While Moore’s comments are totally justified, what is interesting is that it contradicts EA Studios’ executive vice president Patrick Sderlund’s statement made just last month. During this year’s Gamescom, the executive was quoted by Game Informer saying, “I can’t announce anything today, but you can expect us most likely to follow our fellow partners in Activision and other companies that have done this successfully.”

Regardless of whether the previous trilogy gets a remastered version, fans of the series can look forward to “Mass Effect: Andromeda,” which will be released sometime in the first quarter of next year. It will be the first game in the franchise that will be set in an open world environment which effectively separates it from its predecessor as it takes place long after the original trilogy. It follows a new leader named Ryder who is tasked to find new earth that humans can colonize.

'The Blacklist' season 4 premiere episode to pick up after events...