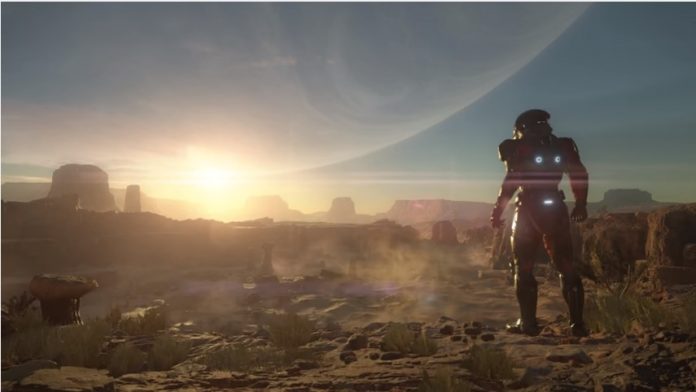 Bioware, together with Electronic Arts (EA), recently released a new 4K gameplay video for the upcoming “Mass Effect: Andromeda” title. The video features a glimpse of what players can expect from the game when it arrives sometime during the first quarter of next year.

The 3-minute video features the male protagonist of the game traversing the alien terrain that he’s in, and at the same time, he is seen interacting with some of the control panels that he occasionally comes across in order for him to progress in-game. The clip was narrated by one of the game maker’s general managers, Aaryn Flynn. He boasted that the said teaser was played using the newly released PlayStation 4 Pro which was initially dubbed the PlayStation NEO.

Moreover, it was also revealed by game director Mac Walters that the two main characters in the forthcoming game will be a brother and sister team up. The director also added that the next installment in the “Mass Effect” series will be veering away from their whim of having a solo adventurer just like what was featured in previous titles. Walters further explained that if a player preferred on playing the game’s male hero, the male hero and his female version will coexist within the same universe.

The names of the protagonists are yet to be known, though, but as reports suggest, the siblings were both initially monikered as “Ryder.”

Additionally, the game director mentioned that the teaser trailer that was showcased during this year’s Electronic Entertainment Expo (E3) has featured the siblings’ dad and pointed out that their father was the one who dons the N7 space gear. He also added that they will soon reveal the names of the Ryder family members in future gameplay videos.

As mentioned above, “Mass Effect: Andromeda” will be out in early 2017, and it will be made available to all major gaming platforms.

Dragon Ball Xenoverse news World Tournament is in its final...