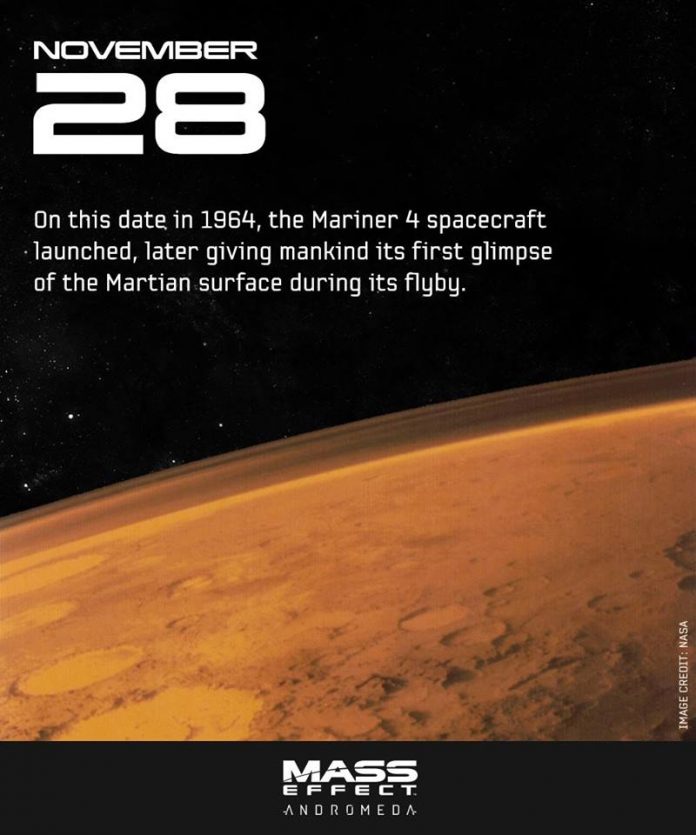 A lot of speculations regarding Bioware’s much awaited fourth iteration in the “Mass Effect” franchise titled “Mass Effect: Andromeda” are circulating online as it is believed that the release may be delayed until the end of 2016 or first quarter of next year.

According to reports, publisher Electronic Arts made a recent announcement that fans may have to wait a little longer for the game to become available. The reason for the touted delay is still unknown, with some speculating that one of the developers, Cameron Harris, departing from BioWare may have affected it somehow.

“I’ve decided to exit the video-game industry to return to Seattle for new opportunities there. I’ll be leaving BioWare in mid-April. I had a great time at BioWare, working with so many talented, passionate folks. I’m grateful for everything you taught me over the years,” she wrote.

Despite some setbacks, Chief Finance Officer of EA Black Jorgensen stated, “We have a great year ahead. We have ‘Battlefield,’ our first person shooter game coming in the third quarter and third party title, ‘Respawn,’ our partner that builds ‘Titanfall.’ Both are first person shooters and will be targeted at fast, action driven shooter market as well as strategy driven market. We have ‘Mirror’s Edge’ that will be in the first quarter and ‘Mass Effect Andromeda’ which is a sci-fi action for the fourth quarter. So a big year we are pretty excited.”

Meanwhile, some members of the developers’ team believe that it will be worth the wait. Lead level designer of the game Colin Campbell previously shared some behind the scenes details of the upcoming game, saying, “You need to have a really good team that has really good communication, I might tell a level designer that we need to make a level where we’re feeling like we are entrenched, pushing people back from all angles, we want that kind of feeling.”

Meanwhile, former senior developer Chris Wynn shared a photo on his Twitter regarding their development. He captioned it with, “Our construction team is working hard on @masseffect: New Earth, our new 4D Holographic Journey. See you in 2016.” He had also announced that he planned to leave BioWare back in November, 2015.

“Mass Effect: Andromeda” is expected to be released across platforms including Xbox One, Playstation 4 and PC.