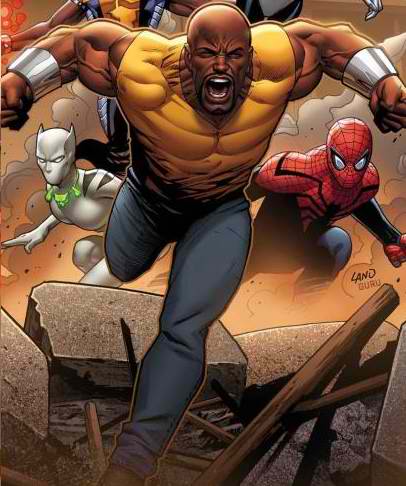 Actor Frank Whaley joins the cast of Marvel’s Luke Cage, in a recurring role that is of great significance to the universe of Luke Cage and another Defender.

According to a report by Deadline, Frank Whaley will be playing the role of Detective Scarfe, a hard-nosed detective in the Luke Cage mythos. As per the original comic books, Detective Scarfe was known as Rafael “Rafe” Scarfe, who was introduced to Luke Cage and Iron Fist all thanks to Misty Knight. After becoming good friends, the detective became the duo’s contact in the police force, ala Commissioner Gordon, even sometimes delivering to him the bad guys that they have caught.

Whaley, now 52, is best known for his performances in Field of Dreams, Pulp Fiction, and JFK.

As previously reported by Marvel, Mahershala Ali will play the character of Cornell “Cottonmouth” Stokes, one of the most iconic villains of Luke Cage in the Marvel comic books series. Ali’s Stokes is described as a Harlem nightclub owner, who will be a villain to Luke Cage when his criminal activities cross with the world of Luke Cage.

“Mahershala is an actor of extraordinary range and gravitas. As Cottonmouth he will really let loose,” said Executive Producer/Head of Marvel Television, Jeph Loeb. “Luke Cage won’t know what hit him.”

In the comics, the original portrayal of Cottonmouth has him as a notorious drug lord in New York, where his drug business organization was somehow involved in the frame-up of Carl Lucas (previous name of Luke Cage). His abilities include super strength that is on par with that of Luke Cage’s, and a strong mouth and razor sharp set of teeth.

As of the moment, The Defenders are made up of Charlie Cox (Matt Murdock/Daredevil), Krysten Ritter (Jessica Jones), and Mike Colter (Luke Cage), which will make his debut appearance on Marvel’s A.K.A. Jessica Jones.

Other cast for the series include Alfre Woodard as Minetta, Theo Rossi as Shades Alvarez, Simone Missick as Misty Knight and Rosario Dawson as Claire Temple.

'One Piece' chapter 828 spoilers: Battle with Big Mom could start