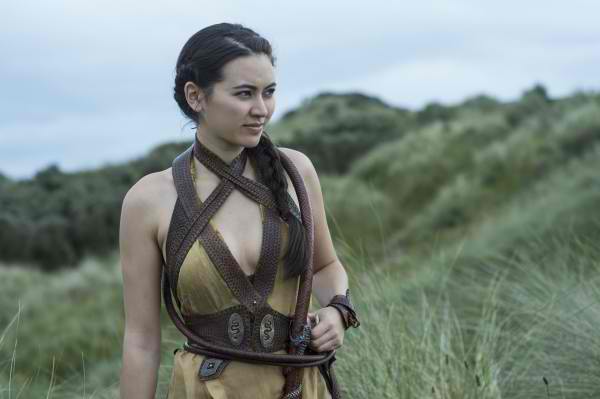 The upcoming Netflix original series “Marvel’s Iron Fist” just found its female lead actress. According to reports, actress Jessica Henwick has been recently cast to take on the role of Colleen Wing.

According to a report by Entertainment Weekly, Henwick recently landed the role for the Netflix original series “Marvel’s Iron Fist.” As per the report, she will play the role of Colleen Wing. Coincidentally, Henwick is also an actress in the hit HBO series “Game of Thrones,” where Finn Jones, the actor who will play the main character Danny Rand, also stars.

In the series, Henwick’s version of Colleen Wing is described as “a martial arts expert running her own dojo, Colleen will serve as an invaluable ally to Iron Fist, aka Danny Rand, as he returns to his life in New York.”

In the comics, Colleen Wing is the daughter of Professor Lee Wing. She lives in New York, but was raised from infancy by her grandfather Kenji Ozawa in Japan, since her mother, Azumi Ozawa, died early on. She has been trained since then on the arts of samurai. Colleen has been a frequent ally to Luke Cage and iron Fist, when they established Heroes for Hire.

As for her powers, Colleen doesn’t have any special superhero powers. However, her mastery of martial arts allows her to focus and channel her chi in order to summon great strength, and she is also able to enter Zen to induce rapid healing. She also has the ability to withdraw poison from her system and make herself less vulnerable to weather extremities. Coleen uses her sword in order to fight her enemies in close combat.

“Marvel’s Iron Fist” is set to be the third standalone Marvel series on Netflix, following the success of “Daredevil” and “Jessica Jones.” Another Netflix original series from Marvel is “Luke Cage.” All the standalone shows will lead to the crossover mini-series “The Defenders.”