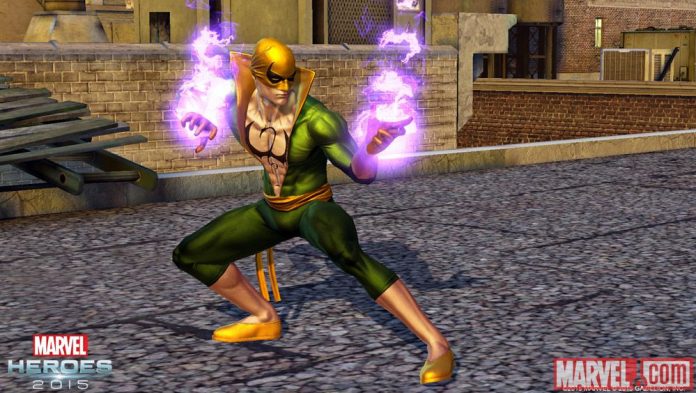 Netflix’s original series “Marvel’s Iron Fist” has been joined by another “Game of Thrones” star Jessica Henwick who will portray the female lead.

According to Marvel, Henwick has been added to the growing ensemble to play the part of Colleen Wing. The character is described to be a martial arts expert running her own dojo. She will serve as an important ally to Danny Rand, also known as Iron Fist (Finn Jones), as he returns to his life in New York.

Executive producer and showrunner Scott Buck shared his excitement over the news. “She’s shown us that she can bring both a sense of quiet strength as well as an engaging vulnerability to the character,” he said.

“Jessica brings both a youthful vitality mixed with a strong sense of authority crucial to the character. And as anyone who’s seen her in ‘Game of Thrones’ can attest, she can throw down with the best of them, making her the perfect Colleen Wing,” head of Marvel Television, Jeph Loeb added.

Colleen first appeared in “Marvel Premiere #19” where she was featured to be the daughter of a Chinese American professor and Japanese mother. She was reportedly raised in the tradition of the Samurai and has often been showcased as a skilled martial arts expert and sword master.

When it comes to the narrative, the titular hero, Danny Rand, comes back to the big city after being missing for year and leaving K’un-L’un, a Martial Arts Temple in Asia. He will fight the criminals corrupting his own town using his mastery of kung-fu and the ability to summon the power of his fiery alter ego.

The premiere date has yet to be set by Netflix, but rumors have it that Iron Fist may be introduced in upcoming new series “Marvel’s Luke Cage,” slated to be released on Sept. 30. However, it remains to be seen if this comes to fruition.

Iron Fist and Luke Cage will join the already aired superheroes shows “Jessica Jones” and “Daredevil” to form the mighty group dubbed as “The Defenders.”

'The Vampire Diaries' season 7 news: Candice King to go on...