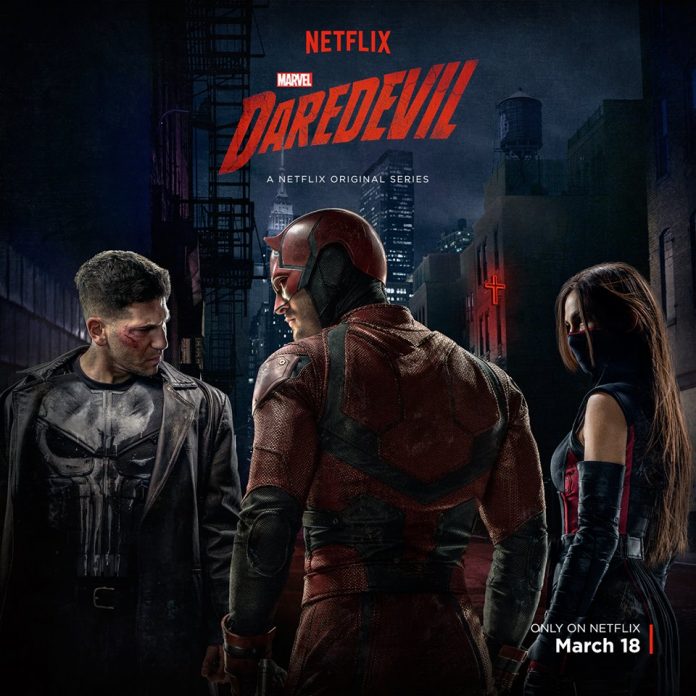 Charlie Cox, the actor playing Matt Murdock aka Daredevil in the Netflix original series “Marvel’s Daredevil, recently discussed in an interview how his take on the character of Daredevil would be able to fit into the larger Marvel Cinematic Universe world.

While all of Marvel Studios and Marvel TV’s content is part of a bigger Marvel Cinematic Universe, not all of them are able to meet together and join forces in saving the world as a team. In the big screen, the Avengers is the team, but they haven’t had the chance to team up with or even meet Peter Quill aka Star-Lord and his team from “Guardians of The Galaxy.”

In its TV counterpart, “Marvel’s Agents of S.H.I.E.L.D.” while having a tie-in episode with MCU films and even Lady Sif gracing an appearance for a few episodes, is still yet to have any official crossover with any of the films. The Netflix original series would meet together in a crossover series for “The Defenders,” but there is no official word yet if the characters on Netflix would be able to crossover with “S.H.I.E.L.D.”

In a recent interview with ComicBook.com, Charlie Cox discussed how Matt would be able to have a place for himself in the bigger part of the MCU. As it turned out, Cox himself is a comic book geek, being familiar with the world of Marvel in the original comic books.

“Some people have said that they wonder about, based on the tone the show, how Matt would fit in with the Avengers,” Cox said. “I was reading Civil War the other day, and Matt Murdock… is kind of an a**. He’s in the back, standing around grumpy a lot of the time, and every now and again, he just says ‘Well, we’re not doing that’ or something to that effect, and I’m like, ‘That’s the character, we’re fine.’ So tonally, with Matt I think we’re right on point and he’d be a perfect fit in the larger MCU.”

Additionally, the actor expressed his interest in having his Daredevil form a relationship with Black Widow for the big screen.

“Marvel’s Daredevil” season 2 is now out on Netflix.