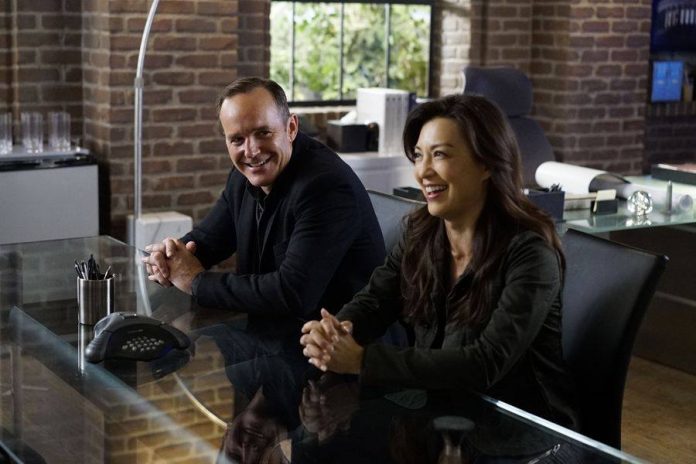 Following the shocking reveal of the new director’s true abilities, a brand-new installment of ABC’s “Marvel’s Agents of S.H.I.E.L.D.” season 4 will have the team racing against time to save Agent May (Ming-Na Wen)

It can be recalled that May was infected by a mysterious substance when she discovered a box containing what appeared to be ghosts while on a mission. When she began hallucinating and became paranoid, killing everyone who stood in her way, the director (Jason O’Mara) took matters into his own hands and transferred her to an unknown location.

In episode 3 titled “Uprising,” it will be up to Simmons (Elizabeth Henstridge) and Dr. Radcliffe (John Hannah) to help her as they only have hours before she fully succumbs to the effects of the illness. Meanwhile, Coulson (Clark Gregg), Mack (Henry Simmons) and Fitz (Iain De Caestecker) attempt to track down and neutralize a rogue group looking to end Inhuman Registration worldwide.

It is also predicted that Radcliffe will keep his latest project Aida (Mallory Jansen) under the radar of the director and Simmons. The Life-Model Decoy was introduced in the premiere with its objective to protect humans. However, Fitz decided to keep it a secret from their superior until it becomes perfect.

Down the line, episode 4 dubbed “Let Me Stand Next to Your Fire” will have the iconic character Ghost Rider (Gabriel Luna) going head-to-head against the agents.

As the quest for vengeance of Robby Reyes’ devil alter ego brings him into an explosive confrontation with S.H.I.E.L.D, Coulson and Mack will rely on an unlikely ally to help them in their time of desperate need. Elsewhere, Daisy (Chloe Bennet) reunites with a familiar face to stop the Watchdogs.