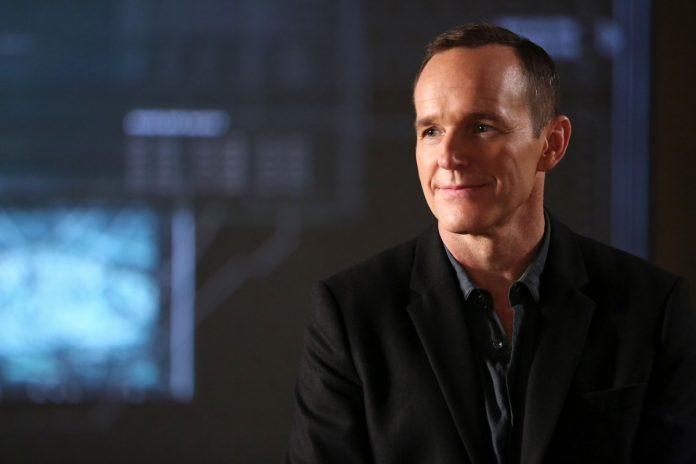 Following the two-hour finale special of “Marvel’s Agents of S.H.I.E.L.D.” season 3, star Clark Gregg revealed that the agency will move forward under a new management.

Since Hydra came out of the dark during the sophomore run, Gregg has been portraying S.H.I.E.L.D Director Phil Coulson when the organizaton went underground. However, Hive (Brett Dalton) appeared on Earth and tried to re-create the Kree experiment to have an Inhuman army. However, he failed and his actions lead to his demise. Then, Daisy (Chloe Bennet) went on the run when Lincoln died (Luke Mitchell), and someone replaced Coulson as the head of the team.

In an interview with Entertainment Weekly, Coulson shared, “He’s not the director anymore, his destiny is not so much in his own hand as it used to be. The person he cares about is on the run and seems to be very sought after by the authorities. It’s very much changing the game for Coulson. Certainly from that teaser of where we’ll be next season, he does not seem to be in good shape.”

When it comes to why Coulson got replaced, it is predicted that “Captain America: Civil War’s” Sokovia Accords may have something to do with the shake up. Executive producer Jeff Loeb hinted, “Let’s just say that as a result of what’s happened, there will be some changes that happened to the organization.”

Co-showrunner Maurissa Tancharoen added that fans’ questions will be answered in the beginning of the new installment, but they can gather clues from the six-month time jump showcased as the end of the last season. “There’s a lot you can glean from that flash-forward, even in his appearance. He’s worse for wear, he’s not wearing suits, he and Mack are holed up in that hotel room, he’s obviously been on stakeout for a while.”

Season 4 of “Marvel’s Agents of S.H.I.E.L.D.” is expected to premiere sometime in fall on ABC.