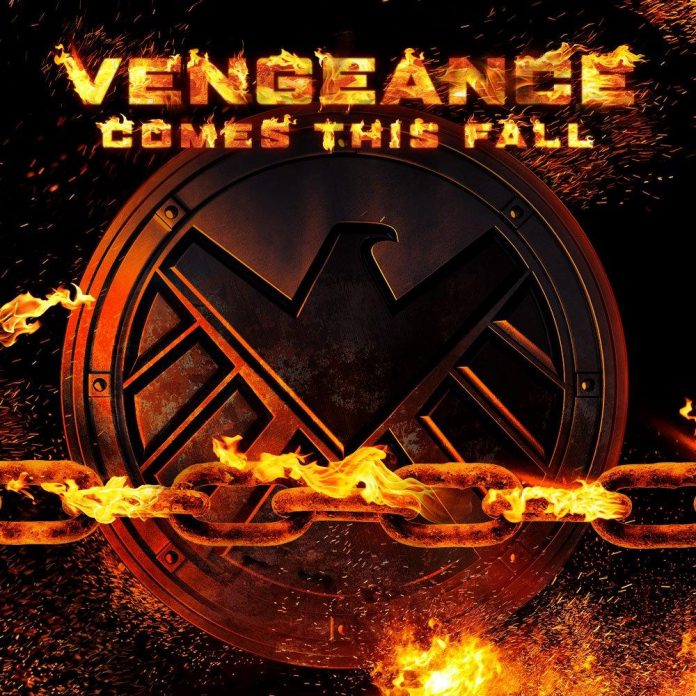 Vengeance is coming to the fourth season of the hit TV series “Marvel’s Agents of S.H.I.E.L.D.” as the show’s panel at the San Diego Comic-Con recently revealed that the character of Ghost Rider would be arriving to the show in the upcoming season.

Prior to the grand event that is the San Diego Comic-Con, there were already promotional images for the fourth season of “Marvel’s Agents of S.H.I.E.L.D.” found around the area of San Diego featuring the iconic S.H.I.E.L.D. logo on fire with a flaming chain striking through it. Immediate reaction to this seemed to have focused on Hellfire (Axle Whitehead), who had been rewarded with Inhuman powers by Hive who was then residing in the body of the dead Grant Ward (Brett Dalton) and fought alongside him against the agents.

However, there had been doubts as to why a minor recurring character would suddenly matter a lot in the upcoming season, which was why there had been rumors that this would mean that Ghost Rider would be coming to the show.

As it turns out, Ghost Rider will indeed be coming. However, he will not be the classic Johnny Blaze, which was portrayed in the live-action films by actor Nicholas Cage. As what was recently revealed, the new Ghost Rider that would be coming to “Marvel’s Agents of S.H.I.E.L.D.” would be Robbie Reyes, and he would be donning a flaming car instead of a blazing motorcycle.

Actor Gabriel Luna whose most notable credits include roles in “True Detective” and “Matador” would be playing the role of Robbie, a teenager living in the area of East Los Angeles who had met a supernatural being while riding a flaming car.

“Season 4 will unquestionably be the series’ biggest, most ambitious story yet, and it all begins with the introduction of one of our greatest legacy characters in Ghost Rider,” said Jeph Loeb, executive producer and head of Marvel Television. “When the Spirit of Vengeance rides into S.H.I.E.L.D., it’ll change everything.”