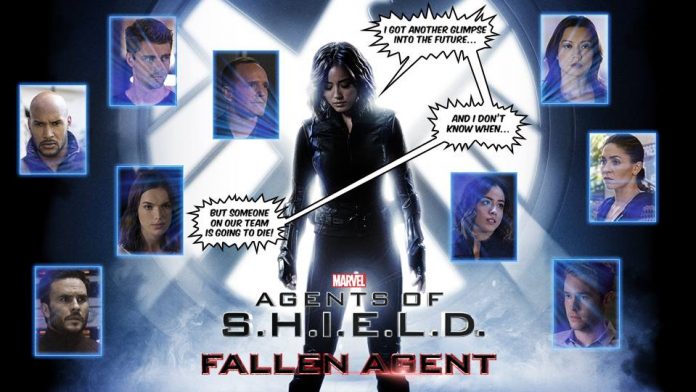 Director Phil Coulson (Clark Gregg) and the rest of the squad will do the best they can to save Daisy Johnson (Chloe Bennett) in the brand-new installment of ABC’s “Marvel’s Agents of S.H.I.E.L.D.” season 3.

After the shocking twist that showed Hive (Brett Dalton) infecting Daisy and putting her under his control followed by the destruction of the agency’s base, the team will be planning to strike back. Titled “Singularity,” synopsis for episode 18 reveals that S.H.I.E.L.D. is left reeling and decimated as Hive continues to sway Inhumans to his side.

However, there is a sliver of hope as Agents Leo Fitz (Iain De Caestecker) and Jemma Simmons (Elizabeth Henstridge) follow a lead that may be able to stop the maniacal Inhuman once and for all.

The sneak peek unveiled by the network features Coulson talking to the agents, “Daisy is still one of us. What she did here is not of her own free will. Hive infected her, she is hostage. Make sure to remember that. But this alien creature messed with the wrong team,” he said before nodding to Agent May (Ming Na-Wen) who got her cue and leaves.

“If it breaks our legs, we’ll stop fighting. But he does not know how stubborn we are, especially when it comes to protecting on of our own,” Coulson continued. He shared that Hydra is building an Inhuman army, “But we’re not gonna let that happen. So strap in, because you might feel sick after this.” Their jet then takes off to the location called Zephyr.

Meanwhile, Marvel has released the synopsis for the finale. The two-hour special installment will have an epic battle between the agents and Hive, but one of them may not make it in the end. It remains to be seen who will meet his or her demise as glimpsed by Daisy previously.