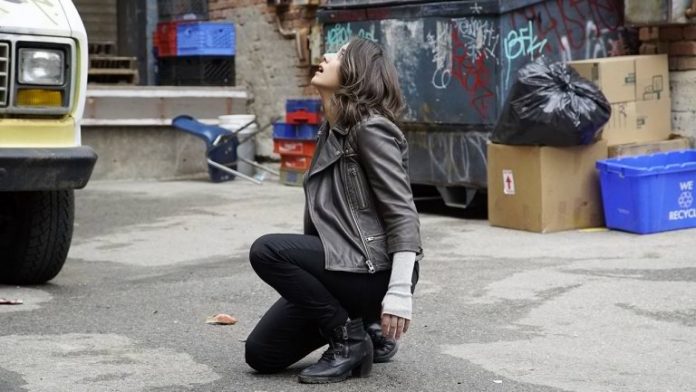 “Marvel’s Agents of S.H.I.E.L.D.” showrunner Jed Whedon recently discussed in an interview what might be in store for fans in the upcoming episodes of the hit ABC series. Now that S.H.I.E.L.D. director Phil Coulson (Clark Gregg) knows that not only is his nemesis Grant Ward (Brett Dalton) alive and well, but he is now someone else entirely, things took a turn for the worse. Also, the executive producers discussed the flash forward vision that Daisy had, which had been a scene of mystery ever since it was shown briefly in the season’s midseason premiere.

In a recent interview with The Hollywood Reporter, Whedon discussed the events in the series in relation to what the most recent episode, titled “Spacetime,” brought about. First off is the discovery of Coulson and the team about the current state of Grant Wardor at least the body that was once him.

“This is going to be the most shocking for Coulson because he did something dark but for a good reason, and now he knows he didn’t achieve much,” Whedon said with a laugh. “Maybe he even did something or created something worse with that act. I think that Coulson’s real feelings about Ward will come to the surface. For everybody else, obviously it’s going to be a very large threat. Simmons lived on that planet and knows a little bit of how evil this thing is and what it’s capable of. There’s a lot of questions and they all have no idea how to handle it.”

The episode also dealt greatly with the Inhuman Charles, a then homeless man who can bring visions of the future to people he make contact with. When Daisy touched Charles near the end of the episode, the space tragedy of a certain S.H.I.E.L.D. agent that was shown in the midseason premiere was shown to Daisy.

As Whedon revealed, the vision would be a great part of the upcoming episodes of the series, and fans would get to see Daisy try to deal with the future that was revealed to her.

“We’ll see that she’s rattled by it,” he said. “Not only did she see that, but it came to her at a moment when it was confirmed for her that she cannot change the outcome of these visions and the future is the future. We’ll see how she deals with that and whether or not she feels like she should share it or if she should try to take it on.”

“Marvel’s Agents of SHIELD” airs Tuesdays at 9 P.M. on ABC.