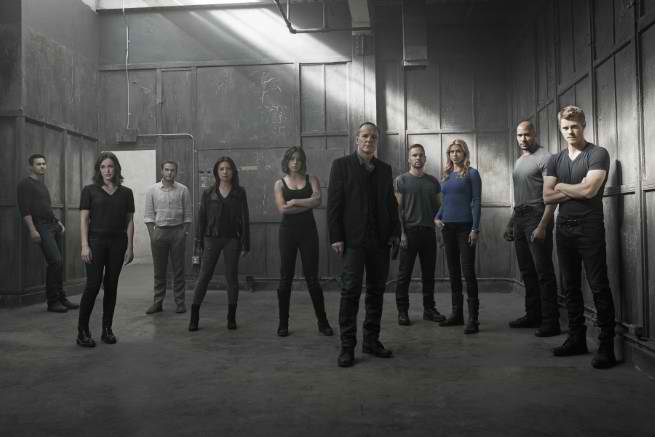 “Marvel’s Agents of S.H.I.E.L.D.” will return with an all-new episode on March 8 and will be bringing in a set of new Inhumans for Coulson, Daisy Johnson, and the entire team to facenot to mention the new rising threat, Ward, or at least the being that is now inside the body of the dead Grant Ward.

In a recent interview with Entertainment Weekly, Brett Dalton, the actor who plays the character of Grant Ward, talked about his new “version” of the character, implying that Ward as fans knew it had actually died on that encounter with Coulson back on the alien planet.

“This is a new version of Ward,” Dalton said. “The Ward that we know and love is not there anymore. He’s going to be a little different. He’s inhabited by another creature which has existed for centuries on this other world called Maveth. There have been monuments that have been built in his honor. He has access to all of the thoughts and memories that Ward had.”

In a previous interview about the winter midseason finale of the show, series executive producer Jed Whedon talked about Ward eventually finding a way back to “redeem” himself and joining the good side with S.H.I.E.L.D., and fans still seeing potential in a future relationship between Skye and Ward.

The thing is, as Whedon said, the two characters are no longer who they used to beSkye is now Daisy Johnson, and Ward is now only ward on the outside, but is actually the ancient Inhuman Maveth inside.

“The thing that’s so fun to me is that people are still talking about it,” Whedon said. “Some of his actions at the end of this first half of the season, I can’t imagine how people still think that he’s going to be redeemed, but the fact that they’re still talking about it, that makes me super happy. We are such fans of his character and of Brett’s portrayal of it. We love the debate. We can’t believe it’s still going.”