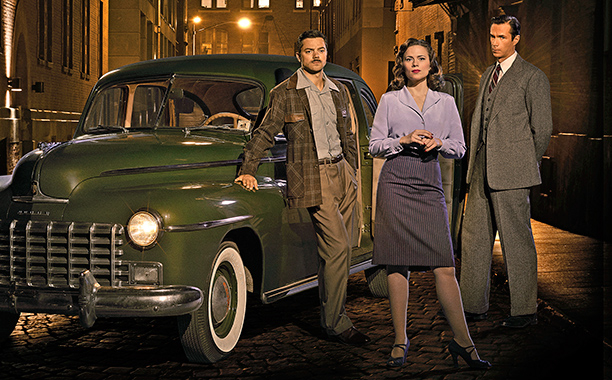 Peggy Carter is set to return for the second season of “Marvel’s Agent Carter” on Jan. 19 for a two-hour event.

The show was originally scheduled to have its second season premiere on Jan. 5, but the network delayed the release to make way for President Barrack Obama’s State of the Union Address on Jan. 12, reported Screenrant. With the new schedule, fans will get to enjoy Peggy’s adventures uninterrupted.

According to the report, ABC has already released four teasers for the new season featuring new characters as well as posters depicting Agent Peggy Carter in Noir style.

The season is expected to take the heroine to Los Angeles post World War 2, where she gets to meet new friends, perhaps a new love, and discover that the bright lights and glamor of Hollywood hides an even more sinister secret.

Fans of the show should expect a slew of new characters to join Peggy in her missions, reported Den of Geek.

Among the villains who are expected to make an appearance are Whitney Frost/Madame Masque who will be played by “The Newsroom’s” Wynn Everett, while Currie Graham will play her husband Calvin Chadwick.

Lotte Verbeek has also been cast at Edwin Jarvis’ wife Ana, who becomes Peggy’s friend. On the other hand, Reggie Austin will play charming scientist Jason Wilkes, who may be linked to Peggy as the series progresses.

The Hollywood Reporter has also reported that another big bad villain has signed on to play yet another baddie in the series. Kurtwood Smith, who played the original “Robocop’s” Clarence Boddicker, will portray Vernon Masters. He is described as “a veteran of the War Department with a keen understanding of how to work the system.”

The character is not part of the Marvel Cinematic Universe but was specifically created for the show, so it will be interesting to see where the series will take him.

Meanwhile, “Reaper” alum Ken Manfredi, will add to the roster of antiheroes by portraying the boss of the Maggia crime syndicate.