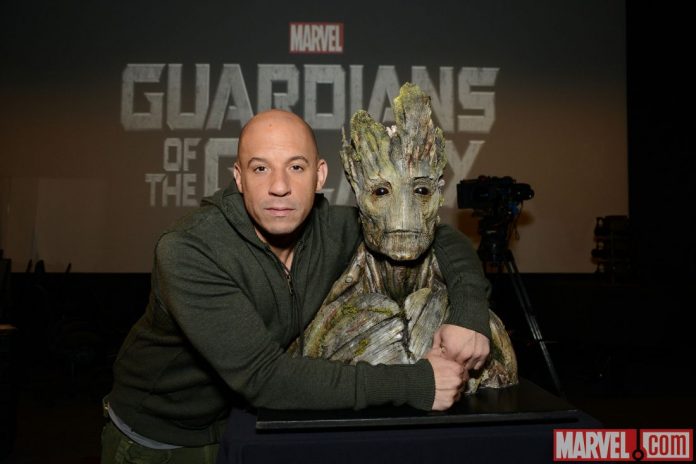 With Disney announcing that there will be six more Marvel films released until 2020, fans of the Marvel Cinematic Universe (MCU) have been searching online for more updates and news. Not to disappoint, Vin Diesel, who voiced Groot in 2014’s “Guardians of the Galaxy,” hints that he is in talks for another role in the MCU.

In an interview with io9 while promoting his latest movie “The Last Witch Hunter,” the actor said that even though he voiced Groot that does not stop him from playing another Marvel character. “I can totally be something [else] with Marvel. I think playing that role only makes Marvel that much more excited and me having my experience with Marvel, seeing how great they were, makes me more excited,” Diesel added.

To make things more exciting, the actor continued that the role might not involve the use of his voice. “We’ve heard a lot of talk about Marvel wanting to have me play a character that doesn’t have my voice. So my voice is used for Groot and my presence is used for the other character,” he added.

According to Cinema Blend, there are some roles in the Marvel universe that fit this description. The most notable of these names is Black Bolt or Blackagar Boltagon. As king of the Inhumans, Black Bolt is a very powerful superhero. He can use the speech center of his brain to produce sounds that can destroy anything. Thus, he remains silent at all times. He even trained himself to not talk while sleeping.

Slated at July 12, 2019, there are still no official casting calls or other information available for Marvel’s “Inhumans.” However, it is important to note that the television series “Agents of S.H.I.E.L.D.” is setting up the premise for the race of superhumans.

During their panel at the New York Comic Con, Marvel TV head Jeph Loeb said that the show will explore how humans deal with people who are different. Meanwhile, actor Clark Gregg (Phil Coulson) added, “The Inhumans represent humans, who contain, without their knowledge differences in their body… Some people want to legislate or… eradicate that.”